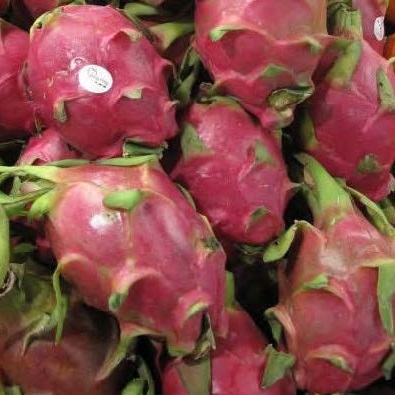 The fruits that we are looking at are dragon fruits and pineapples. In this essay, we will trace back from selling points to distribution hubs to production countries. 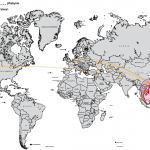 Starting our research we look at the selling points of the two fruits. The two fruits are two of the popular fruits here in Hong Kong though the popularity may vary with different seasons. They are easily and commonly found in local supermarket chain like the AEON Supermarket, fruit stores in local wet markets, and roadside fruit stores. 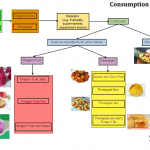 The fruits are usually transported by trucks with Hong Kong, no matter from airport or port to wholesale market, or from wholesale market to retail outlets. It is achieved by the well- developed and highly efficient road network in Hong Kong. For example, the highway located near Kwai Chung Container Terminal may be a good helper to bring fruits which are just unloaded from ships to their respective destinations. Tsing Kwai Highway which connects to different main roads like Tsuen Wan Road and Kwai Chung Road acts a key role in distributing the products to different inland area. The highway also joins to Cheung Tsing Bridge which connects Kowloon to Tsing Yi and links directly to the airport. This eventually forms an interconnected system to link up trucks, planes and ships for efficient transportation. The efficient transportation infrastructure is crucial in providing Hong Kong people with fresh food. 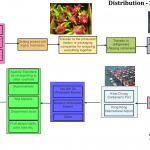 Part of the fruits is imported to Hong Kong by sea traffic and reaches the port first. Kwai Chung Container Terminal is the major container terminal in Hong Kong. Shipping is an inseparable part in transportation and logistics. Due to the proximity to the sea from the container terminal, the goods can be rapidly exchanged between the ships and trunks. There are a certain amount of fruits that do not reach Hong Kong from the port, they are transported by airplane. This is done in order to have fresher fruits, though this may bring the price of the fruits up. Also, some of the fruits are transported from mainland China by land traffic like trucks and railway. 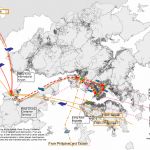 We have looked at sellers and the distribution hubs. Then we should take a look at the production points. From the stores and wholesale markets that we have been to, we found that the fruits are mainly produced in the following countries. Most of the dragon fruits found in Hong Kong is from Malaysia and Vietnam. Most of pineapples come from the Philippines, which accounts for around 70% and about a quarter from Thailand. A few percent are from Malaysia and Taiwan.
Other countries like Korea, Japan, United Kingdom and Australia also provide us pineapple but they do not contribute significantly. During production a lot of inputs are required. Examples are land and water. Climate is also important. The countries which supply us the majority of pineapple and dragon fruits are tropical and subtropical countries, while these two fruits can grow well with this climate. For example, pineapple grows at 18-35 degrees Celsius and dragon fruit at 20-30 degree Celsius. Some other inputs are used to improve them like fertilizers and technologies. Fertilizers may be chemical one or organic ones. Organic ones are better as they generally do not degrade the land so much as chemical ones. Technologies may be adopted to increase yield. For example, irrigation system can be used to improve water efficiency and prevent salinization due to excessive water irrigated. Genetically modified seeds can be used to improve the appearance of fruits. Pesticides may be used to prevent loss due to pests.
Technologies may be supplied by more developed countries. 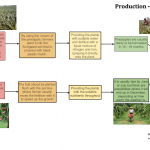 Waste is generated at different stages from production, distribution to consumption. At production stage, products with different levels of abnormalities may be wasted, like the products with different colour or shape from the “normal” or mainstream ones. Also there are a lot of inputs at production stage such as fertilizers and water. Excessive inputs are wasted and may even lead to other destructive impacts such as land degradation. At distribution stage, fruits may be damaged at different levels when travelling on different kinds of vehicles and during loading and unloading. For example we saw that certain amount of fruits is thrown into the rubbish bin in the wholesale market as they are not sold out. Reasons that they cannot be sold out

could be that they were rotten or simply that there were too much. At the stage of consumption food usually wasted because there are too much, such as in some restaurants which serve buffet, at supermarkets where staff put excessive fruits on shelves, or at home that too much fruits are bought but not eaten for a long time after bought.

To sum up, dragon fruits and pineapples found in Hong Kong are mainly from Asian countries though the inputs used may not be only from the countries of production of fruits. They are then transported to Hong Kong by air, ships or trucks. Most of the fruits are then distributed from wholesale markets to selling points where the consumers get them. Waste is generated at different stages.