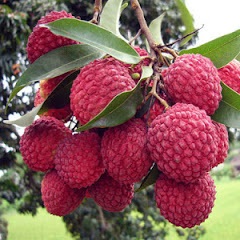 Fruit is one of the nutritious foods we must take in everyday. In such cosmopolitan cities like Hong Kong, points of fruit purchase are ubiquitous. The form of consumption points varies in different places. It is quite easy and convenient for us to find fruit stalls on the streets, hawkers in wet markets as well as supermarkets in shopping malls. As long as there are people living nearby, stalls for fruit would be opened up there. Yet, since it is too easy for us to locate the purchase place, we usually do not think of its production and distribution processes. Banana and lychee are the two fruits of our interest in this project. The essay here will trace its consumption point back to productions followed by the distributions. 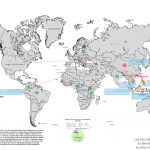 Benefited from international trade, a majority of banana is imported from foreign countries. Among these bananas, most are cultivated in the Southeast Asia like China, Malaysia and Indonesia, etc. There are yet exceptions that some bananas consumed in Hong Kong are those produced in Europe, southern and western America such as Ecuador. According to Statistics Department of Hong Kong (2013), there are in total 54,515,747 Kg of banana either fried or fresh imported into Hong Kong from January to October in 2013. Of all importing countries, Philippines ranks the first in quantity imported which accounts for 85.8%. Thailand is Hong Kong’s second largest importer for banana that takes up for 13.2%. 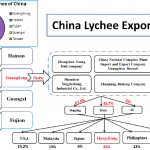 The native ranges of banana come from Southeast Asia and Papua New Guinea. Recent archaeologists even show that banana production begins possibly in 8000BC in Papua New Guinea. (Australia & Pacific Science Foundation, 2007) Afterwards, breeding of banana spreads to neighboring countries such as Indonesia, Malaysia and Philippines. Even if more countries are involved in banana production, the economies at that time are self-sufficient where people would only produce what they desire to consume, meaning that those banana produced are for local consumptions. There are no importing or exporting activities for banana. In modern cultivation, banana can even be produced in American countries as well as in African one. The reasons for these are the brought in by Portuguese and colonization of Malaysia by Eastern Africa respectively. Hence, people there could make a living. Trade exists in modern cultivation and such a transaction can only take place after steam-train transportation advancement and cooling technology. In order to keep banana fresh for consumption, imported bananas in Hong Kong are mostly transported in form of refrigerated shipping.

Since bananas are transported from tropic area to countries worldwide over pretty long distance, harvest before mature is required. Most importantly, banana itself has a ripening agent namely ethylene. (P. Ding, 2007) After harvest, bananas have to be handled with great care, alongside with rapid transport in refrigerated shipping. Ethylene or carbon dioxide absorbent together with low temperature storage approximately 13 degree Celsius sustains banana shelf life up to three to four weeks. These leave sufficient time for shipping. On arrival, banana should be kept at 17 degree Celsius and then they are ready for distributions. Yau Ma Tei Wholesale Fruit Market and Western Wholesale Food Market are the two major wholesale fruit markets in Hong Kong which collect and distribute about 20.7% and 6.8% of fruit to retailers or individual buyers respectively. General Manager of the Western Wholesale Food Market in a field trip also claimed that remaining fruit are directly picked up by so-called by-pass like supermarkets which takes up 72.5% of imported fruit. The rich abundance of supermarkets in Hong Kong namely Wellcome and Parknshop enables people to easily get access to these consumption points for banana and lychee. Lychees have a little different story comparing to bananas. Lychees that people consume in Hong Kong come from two major sources. Similarly, one substantial part is from importing countries. Lychee is extensively cultivated in China. This also accounts for the huge quantity imported mainly from China. With reference to Food and Agricultural Organization of United Nation, Guangzhou is the largest supplier of lychee which produced 793200 tons in 1 999 that accounts for 62.6% of total production. The second largest producer is Guangxi, cultivating 31 0000 tons that takes up 24.5% of total production in the same period. Apart from China, Taiwan and Thailand are our importers of this kind of fruit. Another source for lychee consumption is the local production. Tai Tong Lychee Valley is one of the production points for lychee. The reason for Hong Kong capable of producing lychee is the long autumn and dry winter climate. This kind of dry and chilly winter is considered vital for lychee flower induction. Warmer and cooler climates favor to early and late maturation forms respectively. Due to such interesting forms of maturation, lychees are known as seasonal fruit. We can hardly find lychee in the markets during winter but packs of lychees are placed outside fruit stalls for sale in summer where people are appealed to those bright red colour. Lychee is adapted with a subtropical to tropical climate that is cool but frost-free in nature. Food and Agricultural Organization of the United Nation says that typically 20 degree Celsius in dry winter with high summer heat, rainfall and humidity best suit the development environment for lychee. Complete maturation ended after winter and probably late spring. As it takes time for transportation either via trucks or shipping, we can consume lychee in summer. Contrary to this seasonal feature, lychee looks very similar to banana in terms of distributions and consumption sites. An interview with a primary wholesaler in Western Wholesale Food Market uncovered that lychees are transported by truck to Hong Kong via Shenzhen Wholesale Fruit Market. Fruit is usually packed in foam boxes with added ice. 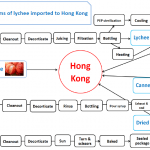 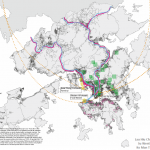 As a consumer, we might merely focus on the availability of fruit and it is currently overheard that people are increasingly frequent in mentioning food security issue. Hence, this intense emphasis on consumption poses another threat on waste creation. As a matter of fact, wastes are produced at every production, distribution and consumption stages. Resources Wastage like water and fertilizer are commonly produced in farming. Greenhouse gases such as carbon dioxide, nitrogen oxide and sulphur dioxide are emitted in machinery farming and transportation. Accidents might also occur during transportation which leads to crude oil spillage. Excessive use of plastic bags and paper box to prevent fruit from being crushed is a package waste issue in wholesale and retail. Even consumers play a part in creating waste, people buy more than they can consume. Previously fresh fruit for consumption eventually turned rotten. They face the ultimate fate of dumping into landfills. With indecomposable waste as well as decomposable waste transferred into our landfills, they are presumably full in 2018. Therefore, prompt actions have to be taken to reduce unnecessary waste and relieve such pressure. For example, Hong Kong SAR government should carry out domestic waste charges as an economic incentive after consultation completion. It has been great success for Korea, Taiwan as well as Japan. (G. Tsoi, 2012) 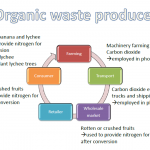 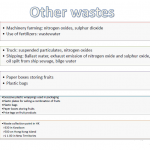 This project gives a new insight to our group concerning fruit we consume regularly. It gives us an opportunity to look into the processes that we might not encounter in our everyday life. We recognize ourselves global citizens in terms of food. As a global citizen, we should also concern the production, distribution and waste creation besides consumption and try to play a role in sustainable development of our future world. Lau Hiu Ching Su Wenting Ko Man Ting