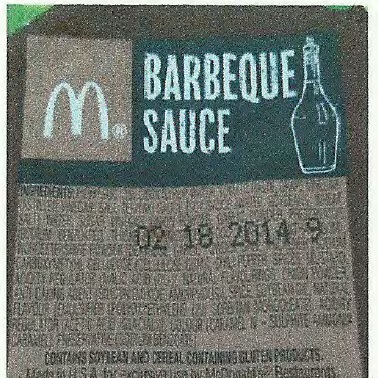 In a word to describe the essence of our research to uncover more about the Big Mac special sauce, we would have to choose ignorance; for it was at every attempt to inquire on inside information regarding the special sauce were we met with an answer of vagueness. We feel the special sauce can be seen as a representation of a phenomenon in society that maintains the hold between those in the industrial circle and those who aren’t, and that is the separation between those in the know and the “general public”. Within the industrial network, it is understandable that such secrecy be maintained as a necessity of competition between rival corporations, yet it is precisely this phenomenon which allows corporations to maintain their habitual ways for the sake of economic growth, and easily turn a blind eye to the undeniable effects the financial game has made on our relationship with the world. 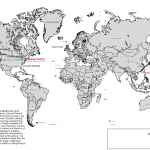 Our initial brainstorm integrated the various sauces McDonald’s offered to customers, for we felt that due to its secretive nature our first clues to finding the special sauce’s origin and shared ingredients, if any, would be to compare like liquid products. One of the first aspects that we felt most affected sauces in general, and possibly the special sauce, was a look into whether or not additives were added in its production. It was clear from the Barbeque Sauce packaging, the sauce we chose as a reference point, that it contained additives and preservatives, therefore by extension we believed similar results could be found for the special sauce. However, the only information we obtained as to what the special sauce was made of was an online video by a McDonald’s top chef explaining its core ingredients in a cooking tutorial, thus we could never extrapolate whether or not the factory made product contained additives or not. It is by trust that we post our findings on the ingredients of the special sauce, and whether or not the actual sauce contains more than said ingredients is certainly a possibility that cannot be ruled out. 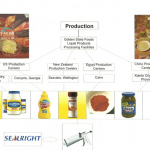 The other important aspect of the special sauce that we needed to find out was production location, if not local, and by which country and company. Our first guesses were China and the USA, for it is from these places that Hong Kong obtains most of its food. Both China and USA dominated imports on many products according to the Global Agricultural Information Network Report which depicted statistics as recent as 2013, and thus we felt it was our best guess for our initial mind map. Our research online led us to an article by Bloomberg’s Business Week, written relatively recently in Oct 2013, about liquid products produced by a company named Golden State Foods, a source we were to base our conclusive results upon. The article stated that Golden State Foods developed the Big Mac special sauce and liquid products such as “mustard, jam, syrup, dipping sauces, and salad dressings” from the chain. After researching further on the inner workings of Golden State Foods, we felt there was a need to confirm our findings by asking McDonald’s personally regarding the special sauce, for our findings would lack substance were we to accept everything on face value. 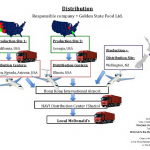 Our research into Golden State Foods brought us to their home website, and though simplistic in delivery, it provided details on all we needed to know. The key questions of the food network which were answered were ‘Where are the liquid products production facilities?’, ‘How does Golden State Foods handle distribution?’ and ‘Does Golden State Foods cater to Hong Kong?’ However, as conclusive the results seemed, the website was last updated in 2004 and we did not want to make immediately assumptions, thus inspiring us to reconfirm our findings with McDonald’s staff in person. Each of us decided to interview separate McDonald’s chains from different districts, for in doing so we could see if there were any incongruences with the findings, and if not it would be solid proof were all the managers to provide the same answer that we were on the right track. However, despite each McDonald’s chain having several managers, our inquires did not end up being as fulfilling as we thought it would be, for each time we inquired into the inner workings of Hong Kong McDonalds we were constantly responded to with vagueness or a redirection to McDonalds main headquarters customer service hotline.

By its nature, the McDonalds special sauce was a company secret, and thus each time we introduced the sauce we were met with the staple response that the information we sought was not to be revealed to the public. The only information we obtained was that the sauce was not produced in China, yet other than that piece of information, in-person inquiry always ended with us being referred to the customer’s service hotline. Calling the customer’s service hotline did not result in as fruitful an ending as we would’ve hoped, for we were provided with very general answers such as Hong Kong McDonald’s imports food, including the special sauce, from all over the world. During our inquiry in the McDonalds chain in Hong Kong International Airport, one of the managers said they honestly did not know the information we sought for it was not revealed to them, and it was then that we realized the disconnection between the ‘public’ and the company, and how precarious a line we were treading on by basing our entire findings on Golden State Foods main site.

Golden State Foods has liquid products production facilities in USA, Egypt, New Zealand and China. At first we were conflicted when the manager told us Hong Kong does not get their special sauce from China, but from the international video on Golden State Foods, the Executive Vice President and Chief Operating Officer of Golden State Foods Neil Cracknell stated “understanding of regional and local taste differences allows for the development of the business”, this statement, coupled with the fact that all sauce products sold in McDonald’s had “made in USA” written on them led us to the conclusion that China’s liquid products production facility in Xianto City, Hubei province catered only for China’s McDonalds. Conveniently, City of Industry, California, the site of one of the liquid products production facility, was also where one of the distribution centers for Golden State Foods was located. Although it would have been simple to write off California as the direct line to Hong Kong, there were other places worth considering too. Seaview, New Zealand was also a viable place for it too contained a liquid products production facility and a distribution center. Furthermore, under the international tab, Seaview is stated to be responsible for the distribution of liquid products on the international level. Yet, due to the fact we could not reconcile the labelling on the McDonalds BBQ sauce that it was “made in USA”, we decided to include both locations as viable import locations for the special sauce. What struck us most was our reliance on making an informed guess as to which was the correct location, our line of reasoning for the distribution center in USA was purely based upon geographical positioning, yet there were many other distribution centers located in the West coast which could have equally provided to Hong Kong . In the end, we decided to highlight all the possible distribution centers in USA and New Zealand so as to encompass every possibility rather than pinpoint a definite location in the dark.

Locally, our results are definite. HAVI Logistics Services (Hong Kong) Ltd works alongside McDonald’s, providing for its distribution and service needs. Hong Kong is only one of the 40 countries worldwide that HAVI Logistics works in partnership with McDonalds thus information on it was relatively easy to obtain. Although we were certain that the sauces, as with other types of food, were delivered by trucks, we were unsure as to the way the sauce was packaged. Each McDonald’s chain has access to a sauce gun, made by Sealright, which allows for a fixed amount of sauce allocation on each burger, but we were unsure as to whether the sauce comes preloaded into the sauce gun or in another form of packaging. Thus, for our waste zoom in, we decided to focus on a clearer example, and one that plagues all forms of sauces in the fast food industry: the sachet and its makeup.

In conclusion, our results on the Big Mac special sauce food network rely solely on the information provided on Golden State Foods home website. It is certainly an uncertain result that lacks conclusive evidence but given the nature of the product, we believe it is the most informed decision we could arrive at. Our journey to look into the Big Mac special sauce has allowed us to truly experience the phenomenon of separation between us, the general public, and major companies, and the possibilities it opens for information we usually accept as truth to be misleading, or worse a complete lie.