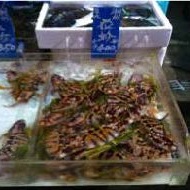 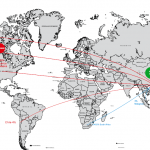 From here we can easily observe that Hong Kong have been highly dependent on the import sources (Food and Agriculture Organization of the United Nations, 1980). Besides, the crabs and lobsters’ re`export market are also relying the import sources for 35% of the imported goods are being re`exported to other nearby countries (Food Export USA Northeast, 2011). Such high dependency will create problems when prices are highly volatile or fluctuating. Consumers shall suffer for there are no other direct substitutes. When such situation occurs, it will create high demand on locally produced crabs and lobsters. However with such limited local supply and high demand will drive the prices to rise sharply again. 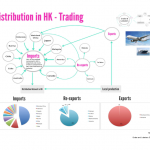 Hong Kong has a well`established and efficient distribution network since the distribution have only three levels from the importers to the retail outlets and the restrictions from government are low, which made Hong Kong an attractive place to trade crabs and lobsters (Food and Agriculture Organization of the United Nations, 1980). All the crabs and lobsters will first delivered to the wholesalers and they would be the one to distribute it out to the market. However, according to our field visit to the Aberdeen wholesale market, one of the owners claim that most of the high quality crabs and lobsters are being exported to the other countries by some export agencies. So the wholesalers in Hong Kong mainly contribute to the distribution in Hong Kong and partly contribute in exporting to other Southeast Asia countries such as Vietnam and Guangdong provinces. 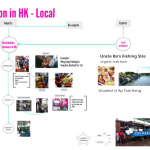 Crabs and lobsters require specific environment to survive, so poor handling and poor storage system will lead to mortality and thus created waste. Besides of handling and storage system, special packaging is also necessary. Both crabs and lobsters have gills and being sensitive with temperature and humidity, sudden changes in temperature will cause stress to both of them. When both of them are removed from water, their ability to take up oxygen is reduced so they are usually stored within water, which can be observed in their packaging, and seen in the local wet markets (Irish Sea Fisheries Board, 2006; Nicki, H. and Nicole H, 2006). Crabs and lobsters are not as fragile as we observed. Crabs could survive for 20 days once removed from water while lobster can still survive for 6 months once it is reimbursed in water again (Irish Sea Fisheries Board, 2006; Nicki, H. and Nicole H, 2006). However, poor handling and poor storage system will increase their mortality rate. Such handling and storage system are often expensive to use. For instance, both crabs and lobsters require tanks or trucks that are temperature controlled. At the same time, to reduce their exposure to air, polystyrene, and gel packs are used. They are usually unrecyclable materials, which created large amount of waste. (Irish Sea Fisheries Board, 2006; Nicki, H. and Nicole H, 2006). 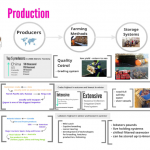 With reference to the last paragraph, some firms have invented a system that could be used to pack lobsters efficiently and it can be reused. It is called the “Cloud Pack” system. It is being approved by most major air cargo carriers and proved to be able to reduce the mortality rate. Although it is expensive to use, it is worthy to use it for waste created in both packaging and transporting is effectively reduced (Nicki, H. and Nicole H, 2006). Besides of waste created during delivery, waste is also created after consumption. Crabs and lobsters consist of shells and it contributes more than half of their weight (Irish Sea Fisheries Board, 2006; Nicki, H. and Nicole H, 2006). Besides of dumping them into the landfills, there are other alternatives. One of the alternatives is to use it as compost. The shells have a high composition of chitin and calcium. When the shell is shattered, the nutrition can be emerged into the soil and enhance the growth of other living species. Therefore, lobsters and crabs could be the prefect compost for agriculture. (Peters, Sturz & MacLeod, 2006). Another interesting way to recycle them is to use the shells to manufacture 100% biodegradable golf balls. 300 million golf balls are being end up in landfills and took 1000 years to breakdown while the golf balls made out of shells require weeks only (Paquette, 2011). Making golf balls out of shells from lobsters and crabs does not only find uses from the waste by using its organic characteristics (which made it degradable in weeks), but also effectively reduced waste created by other substitutes of its product – golf ball. These approaches and recycle techniques could contribute in maintaining a sustainable environment. 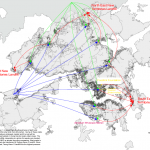 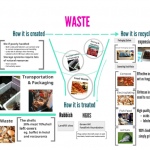 Looking back in Hong Kong, crabs and lobsters are not highly produced locally but rather being imported from other countries. Carbon footprints are created when it is transported in long distance by air or any other means of delivery. This situation has gone worse for its omni`seasonal demand. Nowadays, people can consume crabs and lobsters whenever they wanted since there are always frozen crab legs or lobsters available in high`ended supermarkets and restaurants. While most crabs and lobsters are being imported from various countries, both of them are being distributed in Hong Kong with three levels, which make the distribution process efficient. Although wastes are being produced in each stage, we can make this business sustainable by finding uses for the waste, like making use of their shells in manufacturing compost and golf balls.