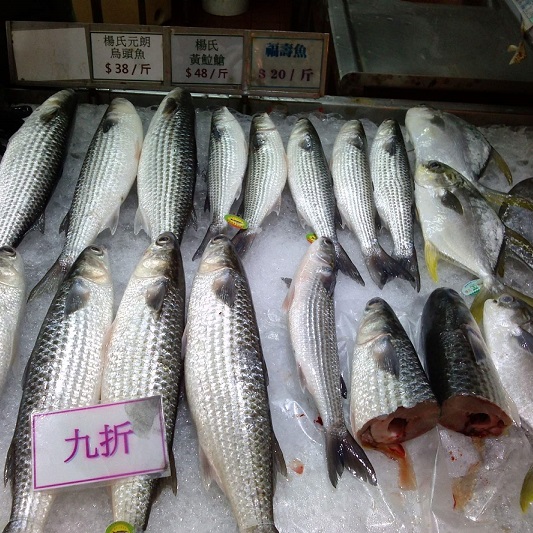 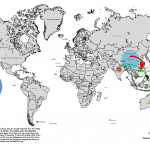 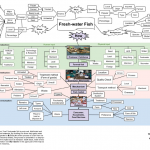 Among the inputs, land is the main concern of many farmers, especially in Hong Kong. Due to shortage of land, less than 10% of the freshwater fish supply in Hong Kong are provided by local production. Instead, Hong Kong relies mainly on Mainland for the supply of freshwater fish supplemented with the treated ones from overseas countries, for example, Singapore for 17% of frozen fish. (FHB, 2011) Most of the Mainland supply come from the Guangdong Province, including Zhongshan, Shenzhen, Zhuhai and Shunde. Among these places, Zhongshan provides around 40% (26,660 tons) of the total supply of freshwater fish of Hong Kong in 2013. (Deng et al., 2013) This can be explained by the abundance of land resources of Zhongshan, and also its short distance from Hong Kong.

Regarding the production network, wild freshwater fish are obtained in estuaries, reservoirs and streams while the farmed ones are cultured in both local and foreign fish farms. Over 95% fish farms in Hong Kong are located in the New Territories. After

going through processes of fallowing, fish seeding and fish rearing, fish can be harvested which are subsequently sold to distributors such as wholesalers. 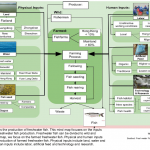 Distribution
Having identified the various production sources, we would study how food is distributed through the wholesalers. Basically, there are three routes as identified on the maps, namely local, Mainland and overseas. The food supplied via each of the routes differs in amount. Among the live freshwater fish, Mainland has accounted for 97% while India accounted for 2%. (FHB, 2011) As for the treated ones, the former contributes a 70% of the sum. It is noticeable that local supply is far less than that of the mainland and overseas supply.

The overseas distribution route is the most complicated. Usually, the fish farmers there sell their fish to wholesale market which are then, with the help of some export companies, delivered to Hong Kong. The fish having reached Hong Kong are then received at the Hong Kong International Airport by the staff of Fish Marketing Organization (FMO) which is an independent and non-commercial organization governing 7 Hong Kong wholesale fish markets. (FMO, 2006) They are located at Tuen Mun, Cheung Sha Wan, Aberdeen, Shau Kei Wan, Kwun Tong, Sai Kung and Tai Po. 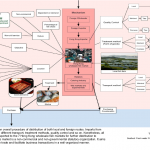 The mainland distribution route is the dominating one. Every day, around 2,600 piculs of fish are imported by truck. (AFCD, 2014) The quality control takes place at Man Kam To Control Point where all fish are subsequently taken over by the staff of FMO. (Hong Kong Platforms, 2014). The local production is found to concentrate in the North-West New Territories. There are about a dozen of fish ponds, covering an area of approximately 1,150 hectares. In 2012, they produced over 2,300 tons of fish amounting to $57 million. (AFCD, 2013)

All fish received by FMO are transported by trucks to the wholesale fish markets for further apportionment. There are no specific percentage of fish share. The amount of fish depends on the demand of the region over time. Usually, fish via overseas flight route are treated (e.g. frozen) while those received at Man Kam To are kept alive. (Food Export Association of the Midwest USA, 2011) After that, fish are distributed to consumers via two routes. The FMO will either send them to the catering industry or markets which proceeds to the consumers. 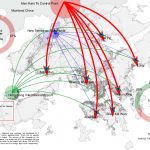 Consumption
Fish via the catering route will be treated by restaurants and served as edible dishes on table whereas fish on market route are bought and cooked by end consumers themselves. Different forms and types of freshwater fish can be found in the market. Some are being processed like cooked, or packaged while some are chilled and dead or live and fresh. According to surveys conducted by us, customers would have preferences in both choosing location and certain type of fish. More hygienic environment and convenient with a large variety of freshwater fish supply would be the best purchasing spots. People would tend to buy the frozen or chilled ones for storage at home while the fresh, live fish for immediate use. The price of fish is also important when considering to purchase.

Throughout decades, the consumption of freshwater fish increases. In Asia, it is found that the consumption is 17.0 kilogram per person per year, which has increased about 70 per cent in 30 years (The Fish Site, 2010). As a result, the production of high-value and carnivorous species, such as freshwater swamp eel, grew rapidly in Hong Kong (The Fish Site, 2010), conforming to the demand and supply theory. 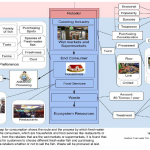 Waste, problems and solutions
Among the food network, there is inevitably some waste generated. Among all, it is generated more prominently at the stage of distribution and consumption. The amount of freshwater fish waste accounts for 5 per cent of the total waste. (BSR, 2011)

There are two kinds of waste produced, namely resources and food waste. The former includes energy, packaging materials or so. For food waste, distribution and consumption stages both account for the sum. Poor storage and contamination of water or ice may lower the quality of fish, leading to degeneration of fish. Since fish is so perishable and will be rotten easily that many cannot be stored overnight especially for

the chilled ones, the unsold fish is also part of the fish waste. In consumption part, wastes such as the leftover, fish bones and organs are produced. (Feeding Hong Kong, 2014)

Currently, landfill is the most common way to treat the waste. In Hong Kong, there are three landfills located in Northeast New Territories, West New Territories and South East New Territories. However, due to the shortage of land, the three landfills will operate only till 2016-17, 2018-19 and 2014-15 respectively (Feeding Hong Kong, 2014). It is indeed not a long-term measure and is still not able to solve some of the high wastage problems in Hong Kong. Another solution is the recycling of food. Some Green organizations like Green Hong Kong and charitable groups often collect some unsold or unwanted food from markets and restaurants and redistribute to the needy (Tsoi, 2012). By this mean, the amount of fish waste can possibly be reduced but there may still be some obstacles deterring people from doing so. Retailers may hesitate or refuse to participate and there may be concerns about liability towards the green organizations and charitable groups.

In fact, the wastes produced will lead to various problems. Food shortage will be resulted since fish supply will be lowered while the public demand remains unchanged. This especially affects the poor and under-privileged. Under food leakage and wastage, land and water pollutions that affect all the people may be induced. Nevertheless, there may be profit loss for businessmen with less profitable sell and hence, price will be made up to remedy the loss that will subsequently affect consumers as well. (Tsoi, 2012)

To enhance the current measures and alleviate the problems, some solutions are suggested. First of all, regarding distribution loss, better facility or equipment and stricter quality control should be put in place. Evaluation on the supply and market demand of freshwater fish should be made to reduce wastage. Better logistics and more skillful workers should be hired to avoid the effect of careless management. For the fish remains and leftover, they can be used to produce fish feed or fertilizers. Nonetheless, customers should evaluate their own needs before ordering to avoid over-ordering of any dishes.

In short, freshwater fish, being ordinary dishes in Hong Kong, actually involve complicated food networks not only in Hong Kong but also in the Mainland China, as well as on a worldwide scale. Having conducted research about the networks of freshwater fish, we become more familiar with the operations and principles of food production, distribution and consumption. Throughout the process, it is observed that the mainland actually contributes a substantial amount of freshwater fish in Hong Kong. Under our analysis, the emergence of this phenomenon can be attributed to both the dissimilar hardware and software between Hong Kong and Mainland China. Next time when seeing a dish on table, instead of simply consume it, we may think of how the dish is created, from nature along different routes to eventually reach our stomachs. The more we concern about food, the more we are alert to food issues which extends our thoughts from hunger to betterment of the world. 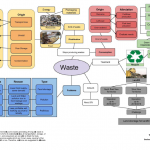