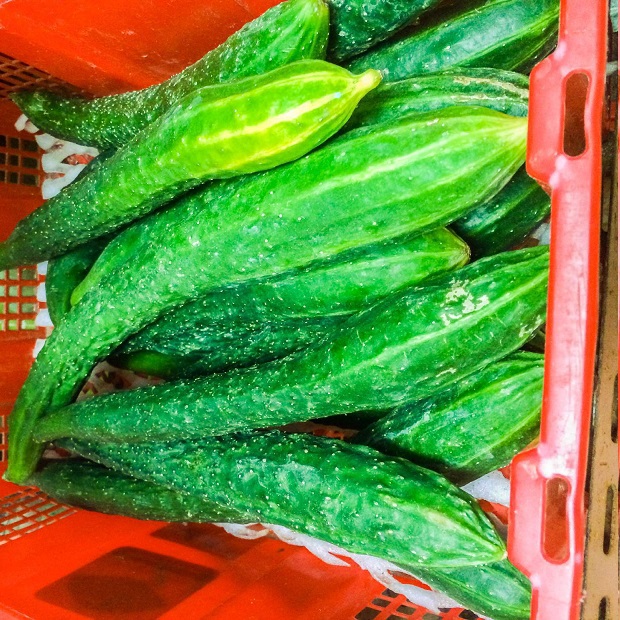 Life of Carrots and Cucumbers

Carrots and cucumbers are both healthy vegetables which have high nutritional values. Carrots have a crisp texture. They are rich in vitamin A and minerals, which benefit our digestive system and help improve eye vision. Cucumbers have a watery flavor and melon taste. More than 90% of a cucumber is made of water and they are rich in vitamin C, which is good for skin. Due to the above reasons, both carrots and cucumbers are very popular in daily meals in Hong Kong. This essay will reveal the whole lives of carrots and cucumbers, including their production, distribution, consumption and disposal that can help us to have a better understanding of the food network in Hong Kong and around the globe. 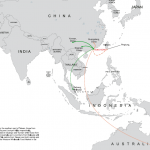 Both of them are suitable for growing under a wide range of temperature, so they can be grown in various places in both temperate and tropical areas all around the world and nearly all through a year. In the past, carrots and cucumbers are mainly produced in Europe. But nowadays, their production mostly occurs in China, Europe, the USA, Australia, Russia as well as part of the Africa etc. Asia has become the main producer, and China is the largest producer for both of them, according to the Food and Agriculture Organization of the United State.

From our study, it was found that carrots that can be purchased in Hong Kong are mainly grown in Taiwan, which accounts for around 51% of the total imports of carrots in Hong Kong every year. China is also a main exporter of carrots to Hong Kong (25%), followed by Australia (20%) (Hong Kong Department of Census and Statistics, 2013). On the other hand, China is the major producer of cucumbers for Hong Kong. Nearly 96% of the total imports of cucumbers in Hong Kong are from the mainland. Only 0.3% of them are cultivated in Malaysia. (Hong Kong Department of Census and Statistics, 2013).Since Hong Kong is located in the sub-tropical region, it is also suitable for growing both carrots and cucumbers. Therefore, local production is also responsible for the supply of them in Hong Kong.

At the production stage, there are already some environmental impacts. For example, the excess chemical fertilizers used for boosting the production can lead to eutrophication (Nature Education, 2013), which would harm the habitats and lives in lakes or the sea. This problem is especially severe in the countries where extensive cultivation is being carried out, such as China, Europe and the United State. 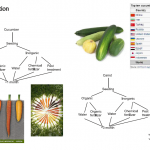 After the carrots and cucumbers are cultivated in different countries, they are being transported to Hong Kong through different channels. Whenever we talk about transportation, it always relate to many processes like production, wholesaling and retailing. It was found from our study that carrots and cucumbers are delivered to Hong Kong by airplanes, cargo ships ortrucks. Most of those coming from the Mainland will be first transported by trucks to the Man Kam To Food Control Centre for ensuring the food safety (Centre for Food Safety, 2013). But for the two big supermarkets, Wellcome and Parknshop, they usually have their own centers

undergoing food safety testing for vegetables from the mainland (Parknshop (HK) Ltd, 2011). Besides, those produced in countries further away such as Australia are mainly transported by planes. They are unloaded in the airports where they are checked and monitored. Carrots from Taiwan, which is closer to Hong Kong, are delivered by ships and will reach the Western Wholesale Market directly.

The carrots and cucumbers that have passed the food testing in the checkpoints will then be delivered to the wholesale marketsby trucks – for our case usually the Western Wholesale Food Market – or directly to the retail destinations such as supermarkets and stores in wet markets. Actually, as Hong Kong is a small city, the distributions of vegetables at different stages are all carried out by trucks. At the retail destinations, the carrots and cucumbers are being bought for consumption. The ways of transport involved vary at this stage as consumers can travel around through various transport means. 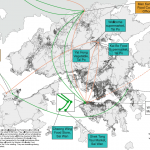 The transportation and distribution processes of carrots and cucumbers have changed through time, just like other vegetables. With the transformation of Hong Kong economy from primary production-based to secondary production-based, agriculture has shrank a lot. In the past, vegetables were transported only from the New Territories to different parts of Hong Kong, instead of crossing the boundaries of countries or even the oceans. However, nowadays, more transportation and distribution processes are involved as production mostly take place in regions other than Hong Kong. This provokes lots of environmental impacts as more fossil fuels were burnt for the transportation, leading to the increasing amount of greenhouse gases on the Earth. Due to the invention and popularization of airplanes, these kinds of environmental problems are getting aggravated in recent decades. 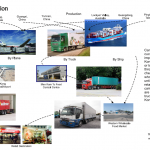 Food is usually produced to meet people’s desire. Therefore, consumption is also an important part of the whole life of the carrots and cucumbers. In the past, most people bought them in wet markets. While nowadays, people can buy different associated food of carrots and cucumbers in the market. The fresh ingredients are available in different supermarkets, wet markets as well as small mom-and-pop stores. Prices vary from each other but in general, those being sold in small retail stores are cheapies and in supermarkets are more expensive. Dishes in restaurants are another way for people to consume. Cucumbers are usually used to make cold dishes as their nutrients would be destroyed under high temperature. Cucumbers can also be found in salad in western dishes. For carrots, there are many different cooking methods like roasting, making salad, frying with other meats and making Chinese-style soups. 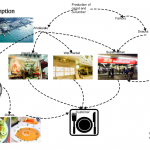 However, things change with time and nowadays we have more modern ways to cook those foods. For example, carrots and cucumbers can be manufactured into chips and sold in the supermarkets. Some café use them to make drinks or even yogurt. The diversity of eating habits is increasing.

After food is consumed, usually some remains of them will be disposed. In fact, food wastes are continuously produced along the life cycle of both carrots and cucumbers.

At the very beginning, which means cultivation, chemical wastes are generated from the usage of chemical fertilizers. They dissolve in either the soil or rivers, causing further ecological problems like eutrophication. Besides that, after harvest, some carrots and cucumbers are thrown away because of their undesired outlook, contamination or overproduction that farmers cannot sell them out. In 2011, there was an Escherichia coli outbreak, which is a serious bacterial contamination in cucumbers in Germany. And millions of cucumbers were thrown away. (Victor and Quentin, 2011)

During wholesaling and retailing, food wastes are produced due to improper storage, failure in selling out and the picking process. Stall holders usually buy more than they can sell to get a lower price from the wholesaler. Also, to attract customers, stall holders would also filter out the bad ones, even those with little defects, and put them into the food waste collection points.
Most of the food wastes are produced at the consumption stage as people usually cannot clear their meal. People often do not eat some parts of the carrots and cucumbers such as the tops and peel. Some people forget to eat them after purchasing so they throw them away because they lose their freshness. Some even buy them for other uses like artistic work and throw them away after they are used. 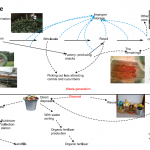 Furthermore, wastes are also produced along the distribution of food and at the checkpoints. Attributed to improper storage or accidents, waste can be produced during distribution. Moreover, those carrots and cucumbers that cannot pass the food safety testing would also be discarded immediately.

Compared to today, less food waste were produced from the whole life of the carrots and cucumbers in the past because of the absence or limited usage of chemical fertilizers, shorter distribution paths and the lower supply which made people treasure more.

In conclusion, carrots and cucumbers are actually cultivated, distributed and consumed all over the world and there is no boundary limitation among countries under globalization nowadays. The whole lives of carrots and cucumbers and the related processes involved have become internationalized that people living in one end of the earth can enjoy those produced from another end. However, putting convenience and satisfaction aside is the problem of environmental degradation, especially because of the associated pollution caused by the distribution processes and disposal of wastage. Therefore, it is our responsibility to keep everything in balance as we are the only producer and consumer of the carrots and cucumbers on the earth.