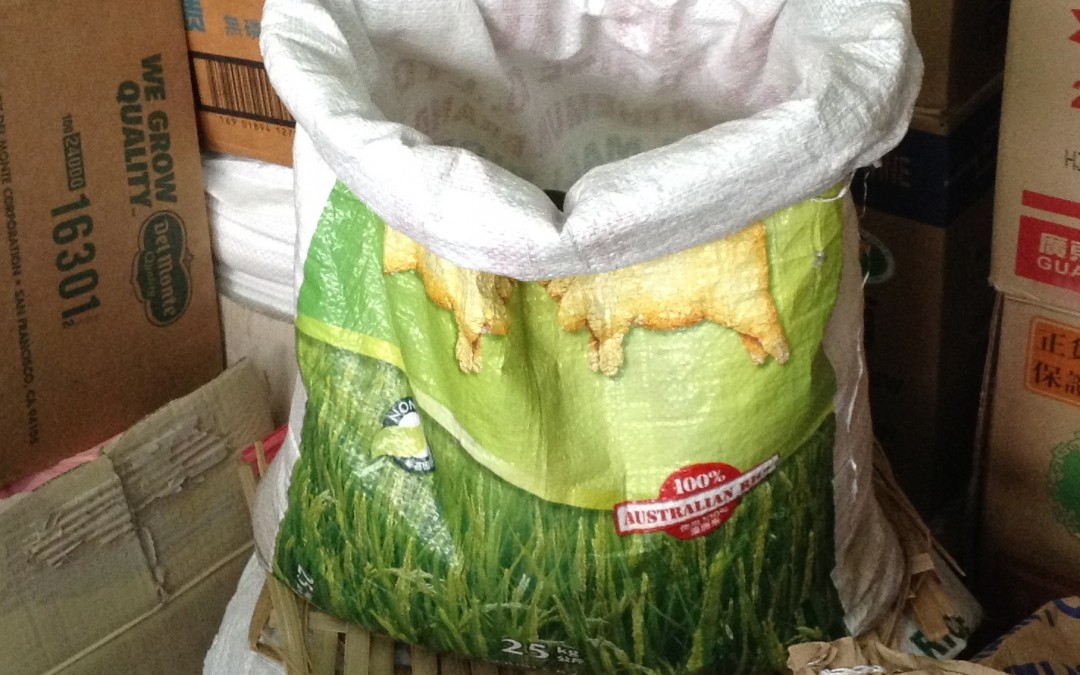 Rice is deeply embedded in Chinese food culture. It is the most widely consumed staple food for a large part of the world’s human population, especially in Asia. Hong Kong yearly consumption of rice was 322,800 tonnes which rice-imports act as the main source of rice supply in Hong Kong with 328,500 tonnes per year while the rest of them would be re-exported to other countries. Playing as an important role in people’s daily life, it is important to know where and how the rice arrives in our bowl. Below the story of rice will be revealed.

According to figures from the Trade and Industry Department, in 2013, the origins of rice imports (arranged in the order of descending proportion) include Thailand, Vietnam, China, USA, Australia, Cambodia and other countries such as Taiwan and Japan. From the Food and Agriculture Organization of the UN, the top 5 paddy rice producing countries in 201 2 are China (i.e. 204,285,000MT/yr), India (i.e. 1 52,600,000MT/yr), Indonesia (i.e. 69,045,1 51MT/yr), Vietnam (i.e. 43,661 ,569MT/yr) and Thailand (i.e.37,800,000MT/yr). Three of them export rice to Hong Kong. Major rice producing districts are located in Northern and Southeastern China including Hunan, Guangxi, Yunan, Sichuan, Hubei, Jiangsu and Zhejiang. 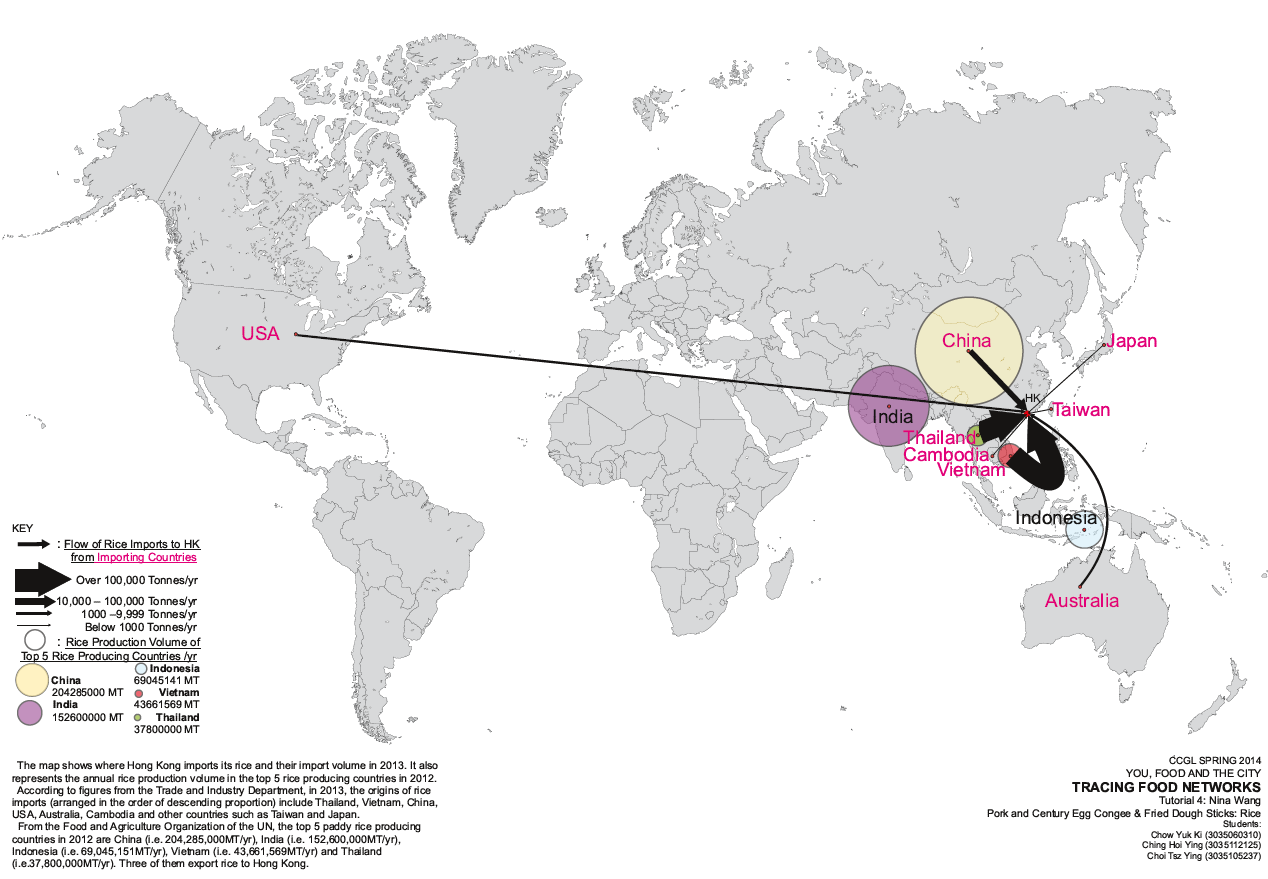 In Asian region (e.g. Thailand, Taiwan and Hong Kong) farmers will first prepare the land, which usually involves ploughing, adding fertilizers and flushing in water to the fields. Secondly, the seeds are soaked in water until they germinate. Thirdly, the seeds are spread onto nursery paddies, either manually or by machines. When the seeds become seedlings, they are transplanted onto the land prepared earlier. As the plants grow, farmers harvest the crops using harvesters or scythes. If the crops are harvested by scythes, they need to be threshed to separate the grains from the stem.

Farming in Australia is slightly different from Asians’ practices. It does not replant the seedlings. Farmers directly sow the un-soaked seeds into the fields by plane or by seeding machines. The harvesting machines separate the grains from the straws and transfer the grains to a chaser bins pulled by a tractor. The grains are then transported to trucks on the edge of the fields.

The paddy rice collected from fields will all be dried and sieved to remove impurities, such as stones, weed seeds. Then, the rice will be hulled, (i.e. a process to remove the husk). The product obtained from this stage is brown rice. After that, it will be milled to remove the bran and germ. The product left is white rice, which is subjected to further polishing for better appearance. It then goes through a series of tests for quality checking. Broken grains, contaminated batches or batches with poor quality will be taken out. The approved rice will be packed into bags, which are either directly placed inside containers or boxed up before placing into containers. 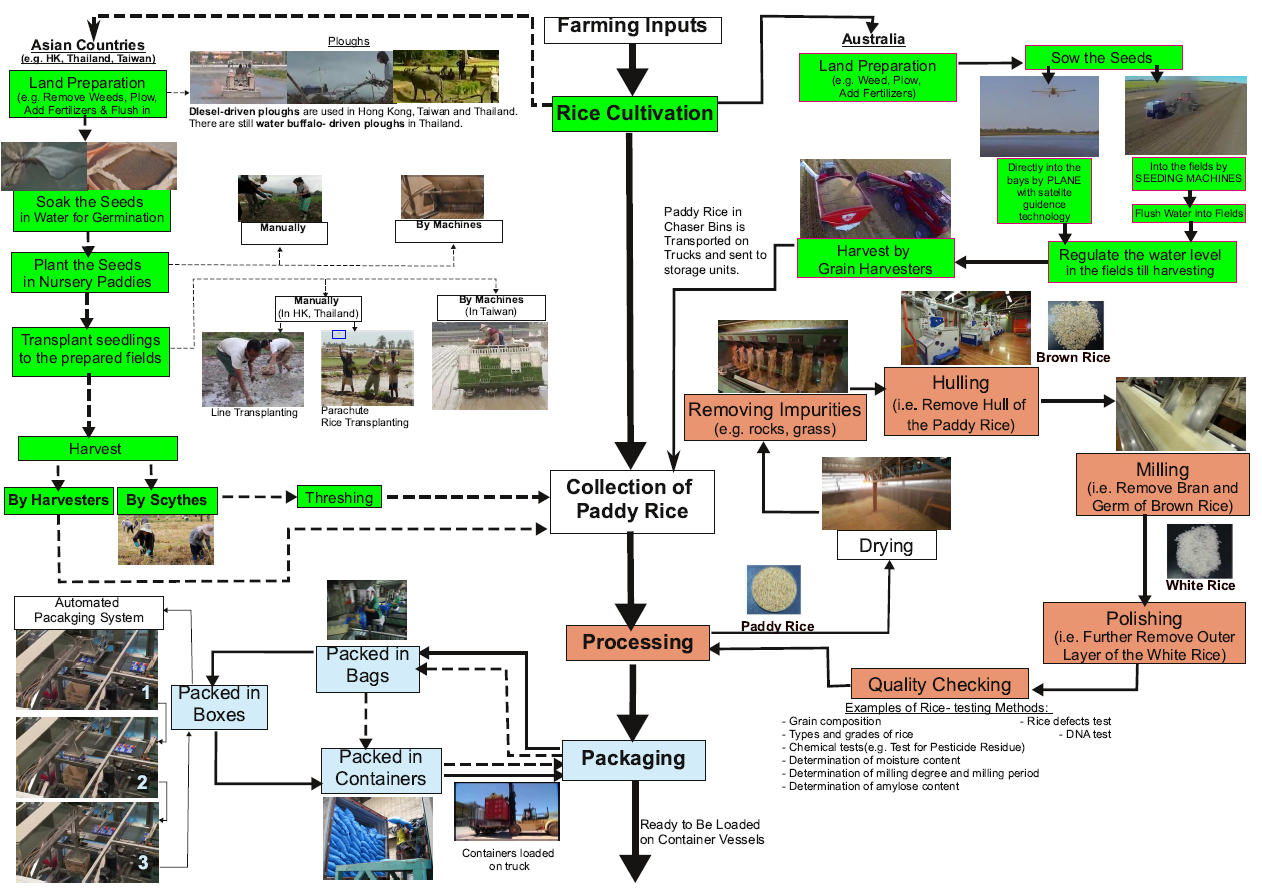 After harvesting the paddy rice from fields, it will be transported for storage and processing. The processed and packaged rice will then be put into containers and shipped to Hong Kong. Before putting the rice onto the vessels, the vessels have to pass through the Rice loading inspection, namely lighter and container checking. For instance, the cleanliness, dryness, whether there are free of odour and infestation, even the history of the cargo would be taken into account. Moreover, sampling of rice cargo is needed while pre-loading, loading, reference and lab analysis samples would be taken respectively, in order to trace the problem if there are any accidents to the rice in the transportation process. 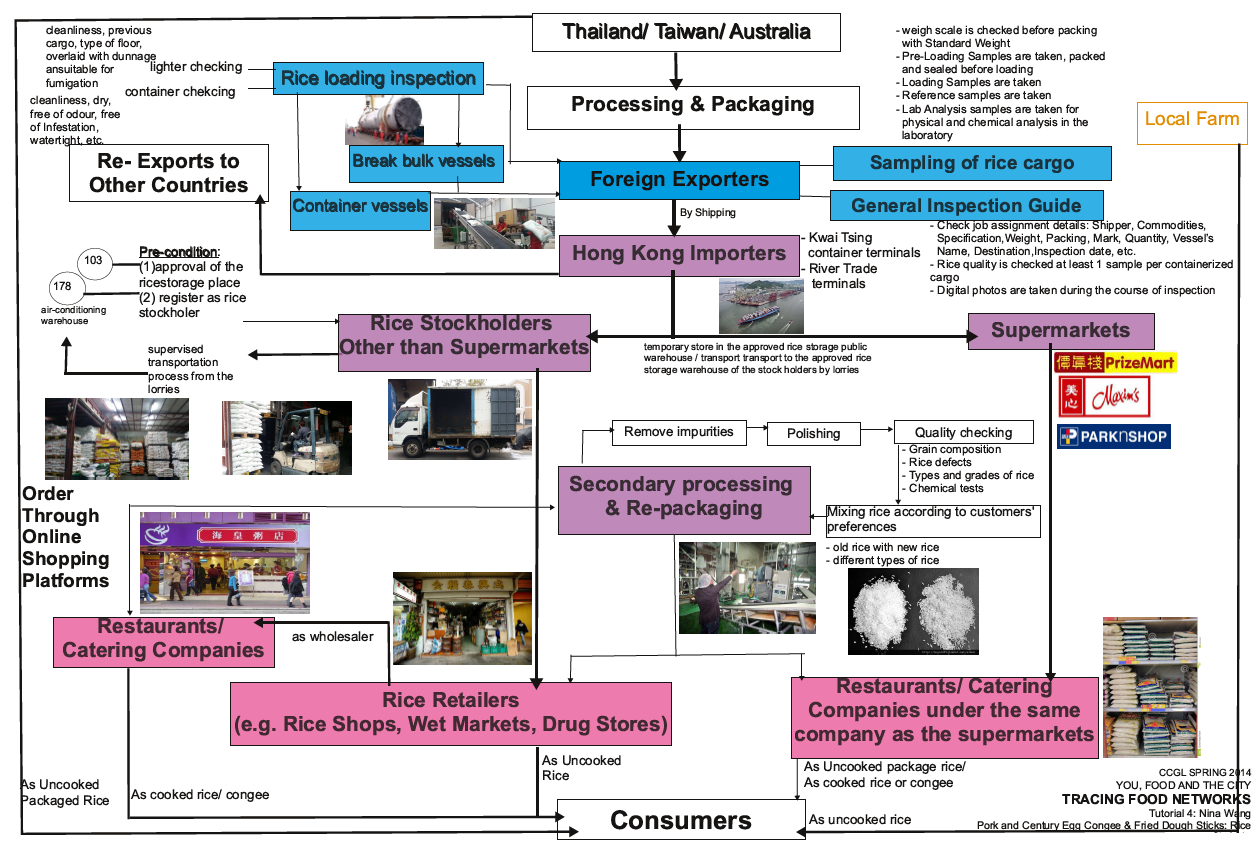 When rice is harvested, rice straw is usually left in the rice field. Rice straw can be used to make paper after soaking, bleaching and cooking. It can be turned into green soil and BioChar after being heated in the absence of oxygen. In addition, a proportion of rice grains are lost during harvesting, handling, threshing, drying, storage and transporting. According to Food and Agriculture Organization of the United Nations (2013), unnecessary post-harvest losses can be up to 37% in Southeast Asia or even up to 50% in Africa and Latin America. These wasted grains could have fed some of the hungry population in the world. 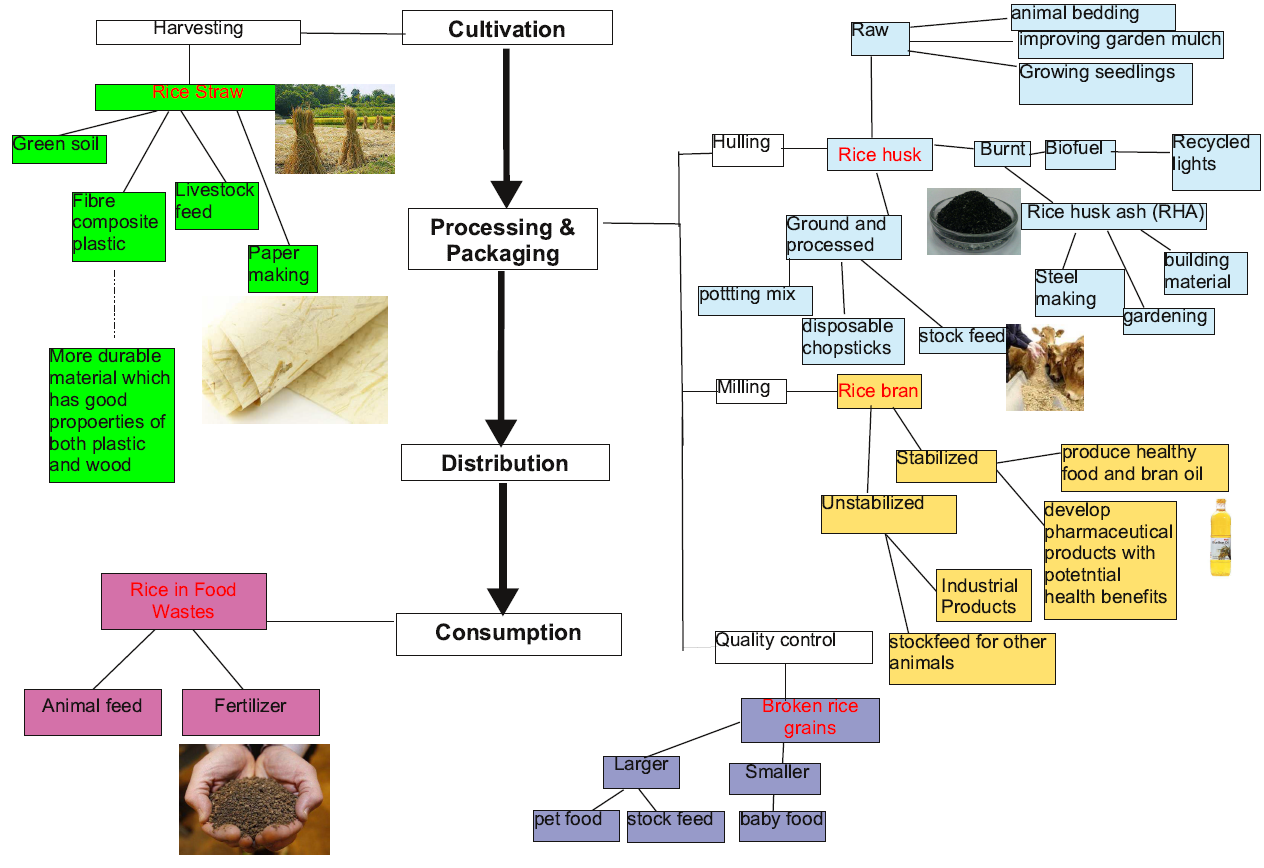