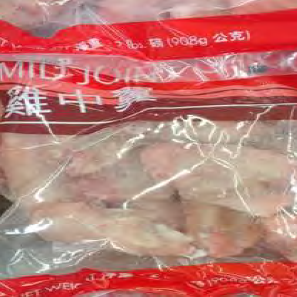 Chicken
There is more than Chicken than meets the eye

1. Introduction
Hong Kong is one of the places where chicken accounts for a major part of people’s diets. Whilst being one of the more important dishes in Chinese culture, especially during festivities, chicken is also proven to be a source of good quality meat—with comparatively low calories and high protein. It is therefore understandable that Hong Kong, though being a geographically small city, is one of the major importers, the 11th highest, of chicken around the globe.

To cope with the high local demand and generate the highest profits, it is important to increase the supply of chickens and lower their price to affordable levels. In Hong Kong, this is done by incorporating both live chickens and chilled chickens into the supply chain. Though chilled chicken is still the major component of the chicken market in Hong Kong, it still seems necessary for chicken factories and farmlands to find more effective methods to produce live chickens in massive amounts to deal with the demand of people. Currently, local farm, factories and grow-houses produce “high-quality” broilers and layers through intensive farming—keeping large amounts of live chickens in centralized places, feeding them well-calculated amounts of feed and slaughtering them after specified periods of time to achieve the highest possible qualities of chicken meat (Tilman, Cassman, Matson, Naylor & Polasky, 2002). On the surface, this seems like the ideal method for chicken production—we are provided with massive quantities of high-quality chicken meat at low prices.

Due to the prevailing avian flu, it is impossible for us to conduct field trip to further explore this matter. However, taking a closer look at the production line relying more on secondary data, we might still be able to find problems that may be detrimental to the whole chain.

2. Intensive Farming—Problems
(i) Spread of Diseases
In most centralized chicken factories and farmlands, the conditions are very undesirable—unhygienic and crowded with bad ventilation systems. The warm temperature and high humidity in these places provide an ideal breeding ground for bacteria and viruses (Farooq, Mian, Durrani & Syed, 2002). As a result, not only is it easier for the chicken to contract diseases; but it also facilitates the spreading of these diseases from one chicken to another (Bell, 2002). Druce (2006) mentioned in his research on poultry diseases that faeces in chicken farms are often not well treated, significantly increasing the chances of diseases, especially avian flu, to spread from one chicken to another.

It was discovered, back in 1999, the high density of susceptible chickens and the structure of the poultry industry facilitate the circulation of virus (2003, Capua and Marangon). This spread of diseases, in particular the avian flu, arouses concerns of the public due to their fear of getting the diseases themselves—it is believed that various types of avian flu can be fatal to human beings (Shinya, Ebina, Yamada, Ono, Kasai & Kawaoka, 2006). Furthermore, once these viruses are mutated to become contagious amongst human beings (even with the absence of live chicken during the infection process), they may pose a serious threat to the public health of Hong Kong. In light of this, the Hong Kong government has imposed bans on live chicken from the mainland and also carried out extensive slaughterings of all live chickens in Hong Kong during the times avian flus are widespread amongst chickens to prevent them from spreading to humans.

During the mentioned critical times, there is no better method than to slaughter all chickens. Public health should be prioritized after all. Yet—the centralized intensive farming method is undeniably the main reason why the diseases are widespread amongst live chickens. These methods are the reasons causing the bans.

(ii) Lower Quality of Product
To speed up the fattening process of chickens, it is not uncommon for chicken producers to inject chickens with growth hormones (Walsh, 2013). Illegal drugs may also be used in some farms in the mainland (Yan, 2012). The aim of intensive farming is to produce the “highest quality” of broiler meat in short periods of time. As a result, producers are result-oriented and aim for the most “effective” method of chicken production, hence their decisions to vaccinate the chickens with growth hormones and drugs.

These practices may again cause harm to public health. It was not unheard of that in China, children enter puberty much earlier than usual due to their eating of chickens with overdosed growth hormones (Gray, 2013). On one hand, chicken producers aim to produce fat and high protein meat for consumers; on the other hand, their meat contains unnecessary and harmful ingredients to consumers. The question boils down to how exactly do we define a “high quality” broiler. Despite its importance in consumers’ minds, the health factor is usually ignored by producers.

It is understandable that chicken producers carry out intensive farming methods to provide large numbers of high quality broiler meat for consumers and, to achieve this, injections of growth hormones might be one of the more efficient methods. It should, however, be noted that most consumers are health conscious and once they realize the impacts from consuming these unnaturally raised chicken they will eventually consumer less of it, hurting the chicken production industry as a whole.

(iii) Worsened Reputation of the Industry
Along with injecting chickens with hormones or drugs, intensive farming methods require efficiency—which sometimes leads to animal cruelty. For instance, farms may increase the chickens’ exposures to light in order to speed up their growth or the egg-laying processes (Long,2011). Also mentioned in Long’s article (2011), just days after hatching, chickens will be sorted according to their potentials to become good broilers or layers. Rejected chickens are most of the time just disposed of into machines that crush and kill them. Although these methods might be around since the days before intensive farming, it is the result-oriented mindset that brings the cruelty to animals to an industry-wide level.

Media in recent years have investigated into the ways intensive farming works and the issue of animal cruelty has always been mentioned, for instance, the once viral YouTube video From Farm to Fridge. This threatens the reputation of chicken producers, making consumers more reluctant to consume their products.

3. Food for Thought—learning from other countries

The intention of developing intensive farming in Hong Kong was to increase chicken supply for local consumers in the first place. However, it is due to this very reason that led to the problems of the industry: spread of disease, lowered quality and worsened reputation. These problems will eventually harm the industry and, ironically, decrease chicken supply to levels lower than before due to the bans by the government and consumers’ reluctance to purchase locally produced chickens—replacing them with imported chilled chicken.

However, this brings up another question: why do imported chicken from other countries have less of these problems? Brazil, for instance, is the largest exporter of chicken (broilers) over the last 10 years. It is therefore reasonable for us to assume that their chicken production chain is efficient. Why do they have less of the problems faced by local or Chinese producers? Why is the avian flu situation more prevalent in Hong Kong and China? Why do consumers worry most about Chinese chickens having injections?

One of the main aspects that local producers can improve on is their awareness of possible threats to the industry. Brazilian chicken producers, for instance, are more aware of the possibilities of pandemics before the outbreaks occurred locally. For instance, inspections are carried out monthly during the times of avian flu outbreaks in Asia (Luiz, Moreira, Corrêa & Falcão, 2004). This awareness is lacking in Hong Kong and China, where inspections and cleanings are only done after the first few cases of humans contracting the diseases are reported.

Another point to improve on is the understanding of consumers’ preferences. Whilst producers continue to believe that all consumers want is large pieces of broiler meat at low prices, more consumers are concerned about the health and moral issues in chicken production in recent years, especially with the presence of close substitutes (chilled chicken) from other countries easily available (Carlsson, Frykblom & Lagerkvist, 2007). With a better understanding of what consumers desire, producers will naturally shift to more “ethical” and healthy methods of farming chicken. They might even use this to their advantage to improve their goodwill and hence their
market share.

4. Conclusion
To conclude, it is understandable why local chicken producers decide to employ intensive farming methods. It makes high quality chicken easily available for consumers. When the industry is problem-free, i.e. without pandemics or ethical issues exposed by the mass media, the production chain is indeed stable and efficient. It is only after closer inspections that we see the potential problems of the industry. To solve these problems, local producers may learn from the experiences of larger exporters of chicken to make themselves more competitive, eventually achieving their initial goals of satisfying the high demand for chicken in Hong Kong.