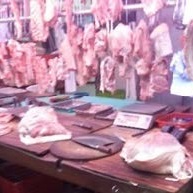 Pork not only is the core ingredient of siu mai, but also many different other dishes and soups. One of the typical example is sweet and sour pork, which gains high popularity in the West. It is the most consumed meat worldwide, so when it comes to the discussion about food network, pork is of paramount importance to be examined.

Almost all of the refrigerated pork and pork products come from foreign countries while live pigs mostly come from mainland China. With reference to USDA Foreign Agricultural Service (7/12/2013), China accounted for 31%, 120,424 US$, and Brazil accounted for 21%, 79,432 US$. And then Spain, US, Netherlands each accounted for around 7%. Finally, there are about 3% each coming from Germany, Vietnam, and Italy. In regional aspect, according to Brett Stuart (June 20, 2012), Global Pork Market Update, Global AgriTrends, Sichuan accounted for 11%, Hunan 9%. Hubei, Yunnan, Guangxi, Guangdong each provided about 5%. The rest of pig inventory evenly distributed in China.

Couple years ago, the Agriculture, Fisheries and Conservation Department recommends the implementation of the Marking Scheme farms and pig farmers under the new laws may be revoked for violation of regulations and licenses. There are eighty percent of pig farmers surrendered their licenses in exchange for compensation. Owing to the urban development, coupled with Japanese encephalitis, foot and mouth disease, it is increasingly difficult for local pig industry to operate. In the case that the government does not approve new license for pig farmers, the existing local pig production can only shrink.

As a contrast, the imported pork, especially that in the form as live pigs, is taking up a more and more important position and at the same time, the importing process is becoming standardized. Mainland China is meanwhile holding more share of the market as well. Besides, the company Ng Fung Hong Limited currently is the only agent in Hong Kong that is appointed to handle the importing process locally. 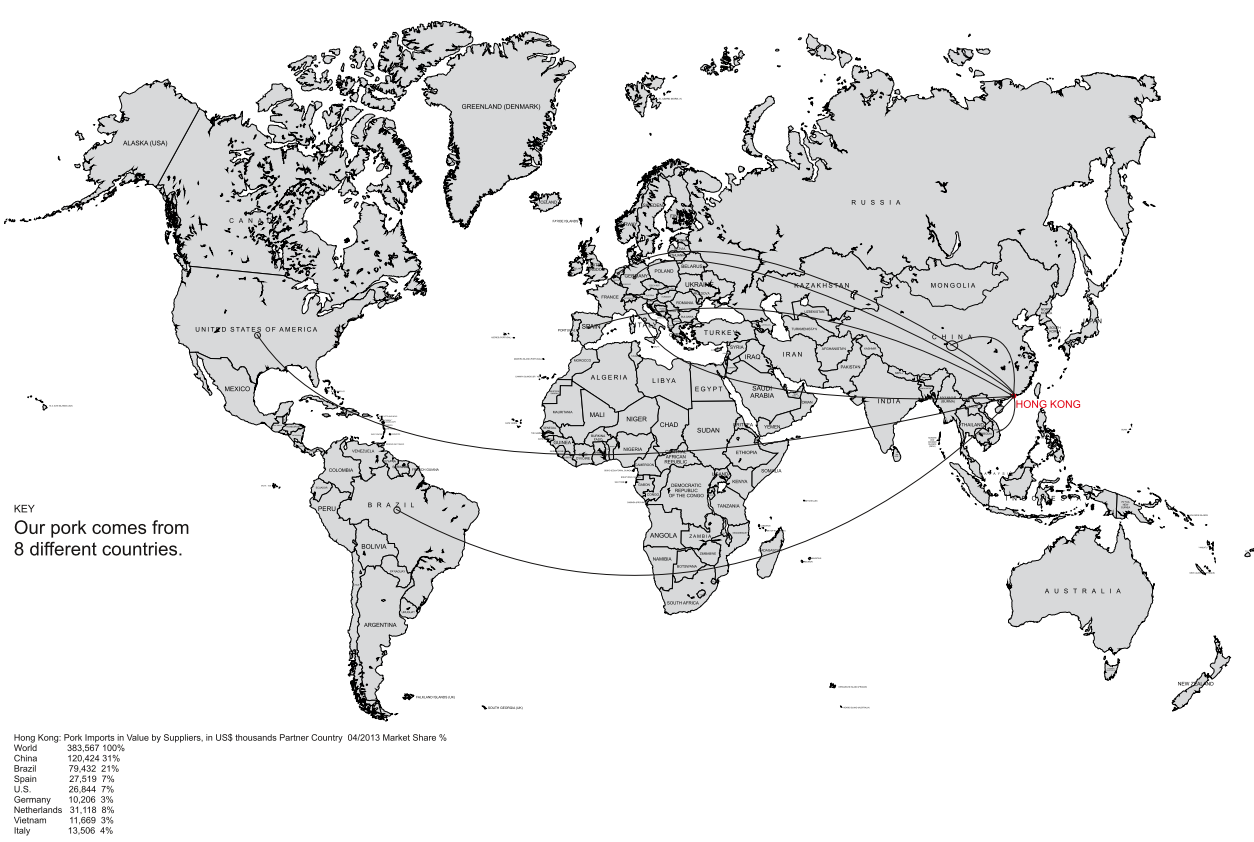 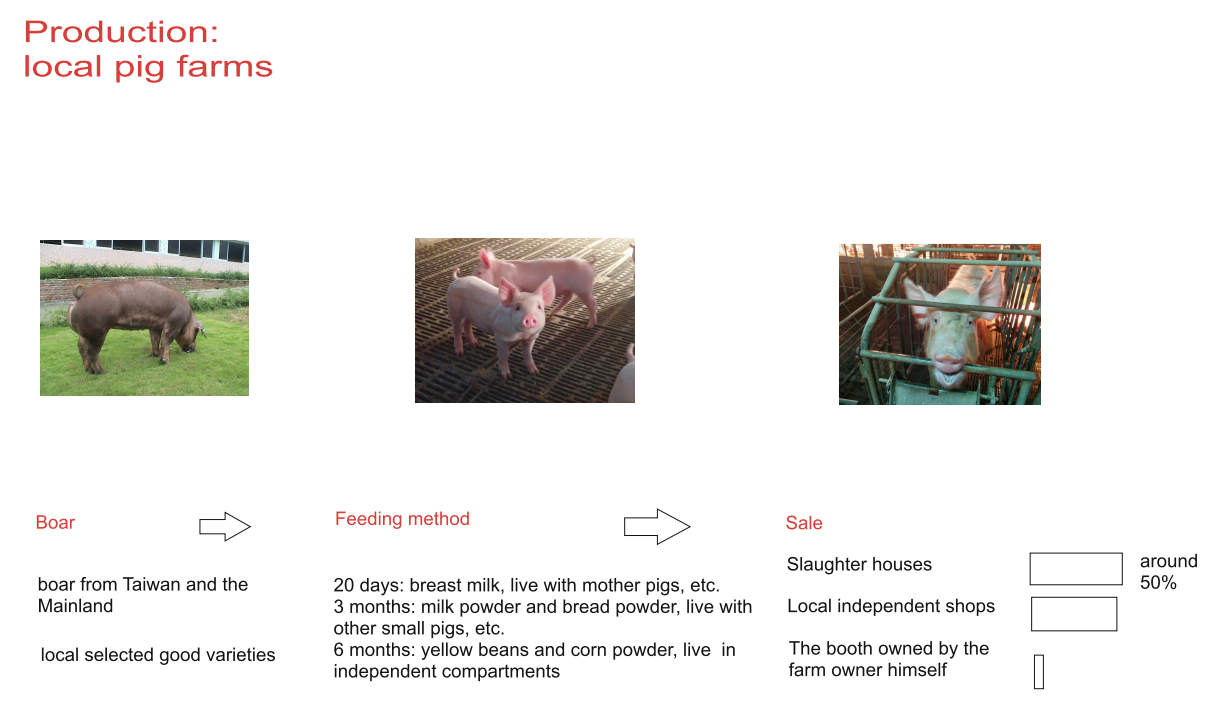 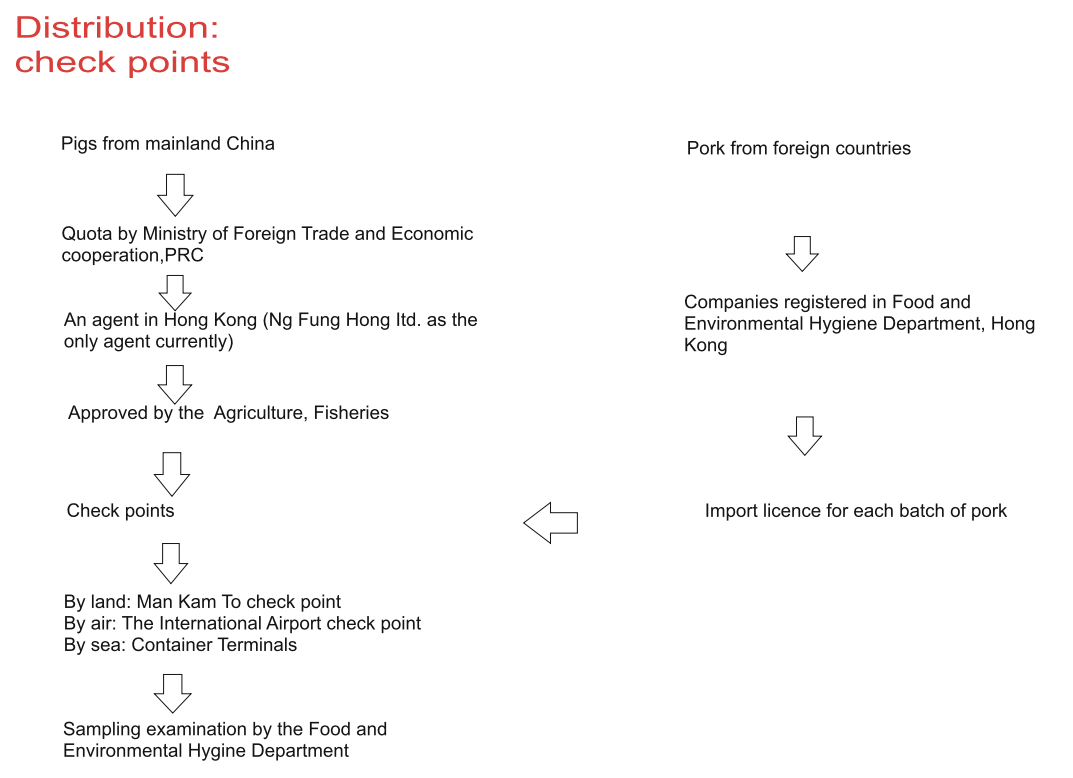 Food wastes mainly are disposed to the landfills (97%), such as South East New Territories Landfill and the rest of 3% food wastes will be recycled. Firstly, we have to classify the type of waste, organic or nonorganic, and then send to some kitchen waste processing centre. Finally, it can be recycled to use as electricity and fertilizer. There are 22% food waste coming from domestic and 11% from industrial and commercial needs, the rest from solid waste. 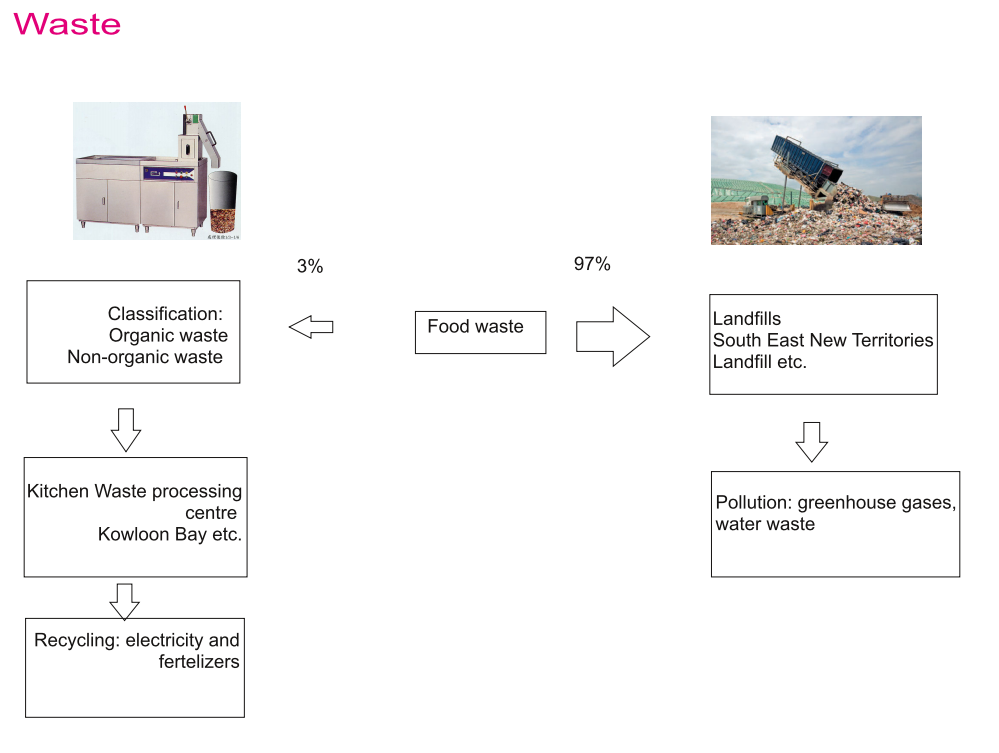