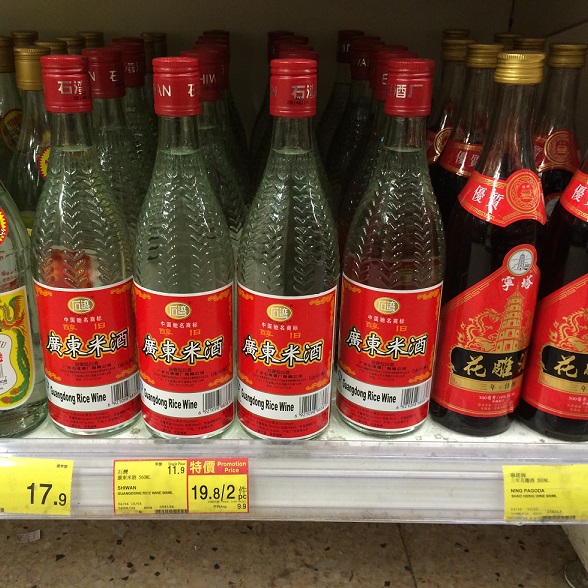 Rice wine is made from fermentation of rice starch while having water, wheat, yeast ball and glutinous rice as main ingredient. It is always used to remove fishy smell and for dishes like drunken chicken, drunken shrimp, to name but a few. In fact, there are many kinds of rice wine, for example. Japan rice wine, Korean rice wine, Chinese rice wine, etc. In Hong Kong, most people use Chinese rice wine, which is made in China or in Hong Kong locally. In the following, the food network of the ingredients of rice wine will be traced back which include the process of production, distribution and consumption.

There were several rice wine factories in Hong Kong in the past. However, most of them are closed, and there is only one factory still operating, it is called Yuet Wo wine factory, located at Sheung Shui. 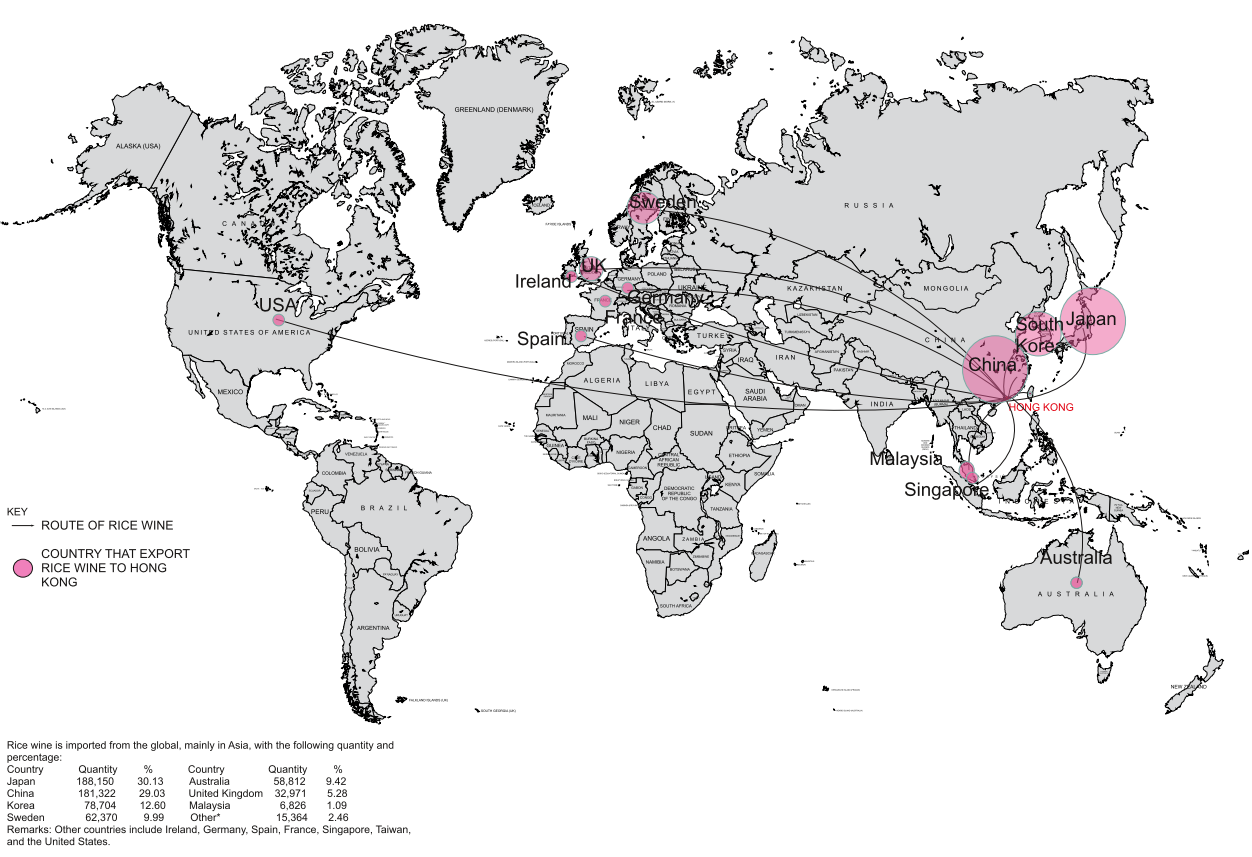 Most of the rice wine factories are located in Guangdong and Zhejiang Province. Inside the factories, rice is first put into a machine, which is used to steam the rice to produce yeast. After the rice is steamed, the workers will further modify the rice on the plane area by hands. Then they will transfer the modified rice to a container for fermentation. The fermentation of rice usually takes about 14-21 days. If it is longer than 21 days, the content of rice wine will be higher than the law restricted, and extra taxes need to be charged. If it is less than 14 days, the fermentation will be not yet finished. After the fermentation, the steamed rice will become rice wine, but it is not yet finished. The rice wine will be transferred to another container through some large tubes. Then inside the container, rice wine is further modified. Finally, after the modification, rice wine is produced. The rice wine will then be transferred to the storage room of wine through large tubes for storage. The storage room will only be opened when rice wine is needed to transfer to other places. 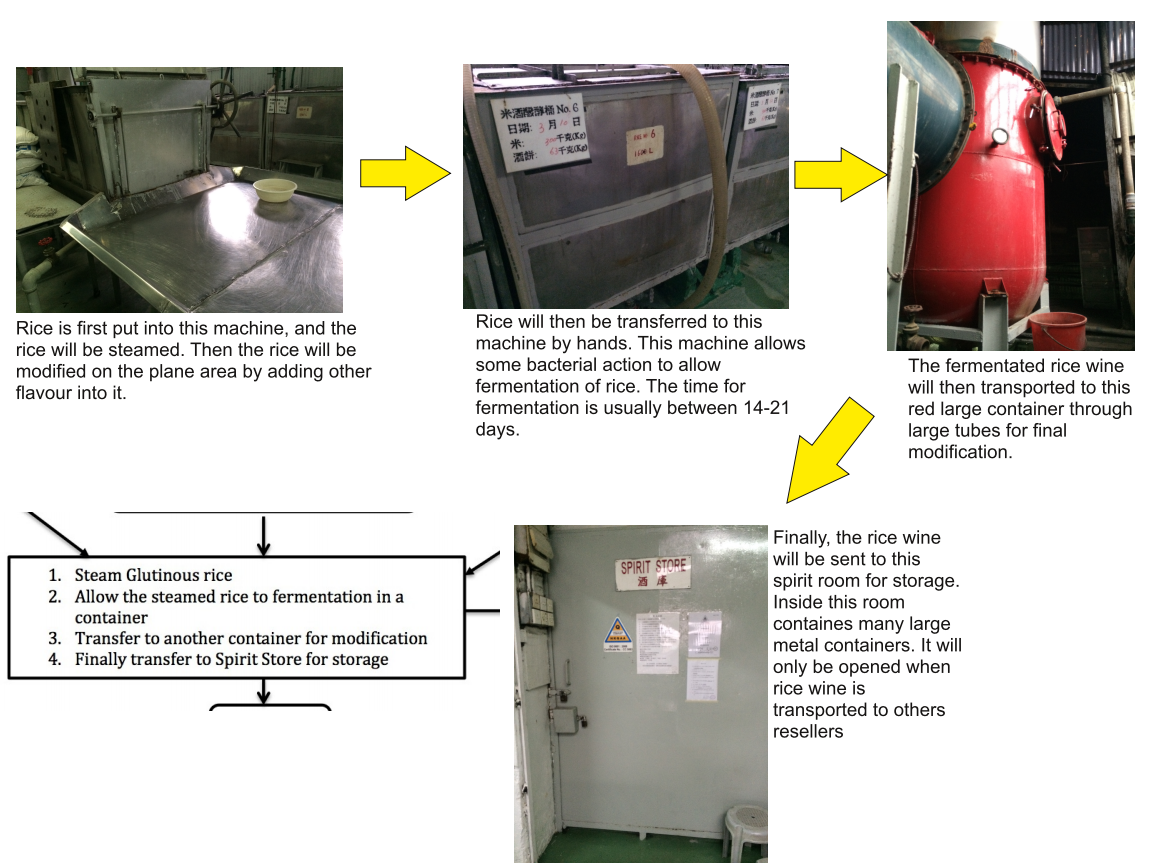 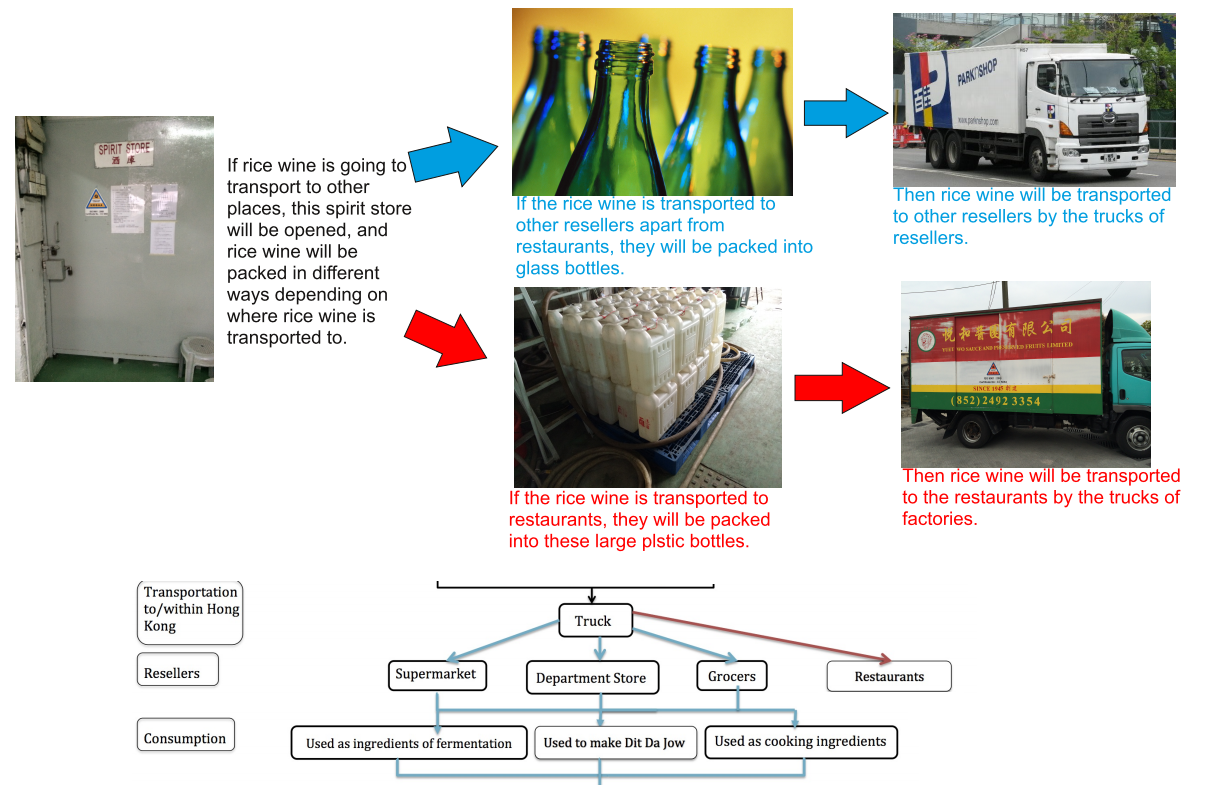 During production of rice wine, rice starch is converted to sugar by the activity of fungi, and it will then be converted to alcohol by the fermentation of yeast cells. Finally, the rice wine residue waste will be separated from the liquid. The residue waste has two ways of treatment. One is direct disposal to rubbish bin, which will then end up in the landfill, the other treatment is used as animals feed. There are studies showing that rice wine residue contain a large amount of nutritional values (Becca, 2011), which can be used as a supplement to animals. Therefore, some will used the residue to feed fishes because the residue is cheaper and more readily available comparing to traditional feed.

Moreover, the equipments used for rice wine production need to be pasteurized thoroughly due to hygiene problem before use. If there are little dirt left behind, it will contaminate the whole rice wine, this will affect the taste of rice wine, and hence plenty of water is needed. After cleaning all the machines, a large amount of wastewater will be produced. In the past, the factories will dispose it into the sea directly. However, this will contaminate the sea and caused environmental pollution. Therefore, nowadays the wastewater will be sent to sewage treatment works, located at many different places, for example Sha Tin, Siu Hoi Wan or in China, to name but a few. The sewage treatment is the process to remove contaminants from wastewater by physical and biological processes. Then the treated water can be reused as drinking water. 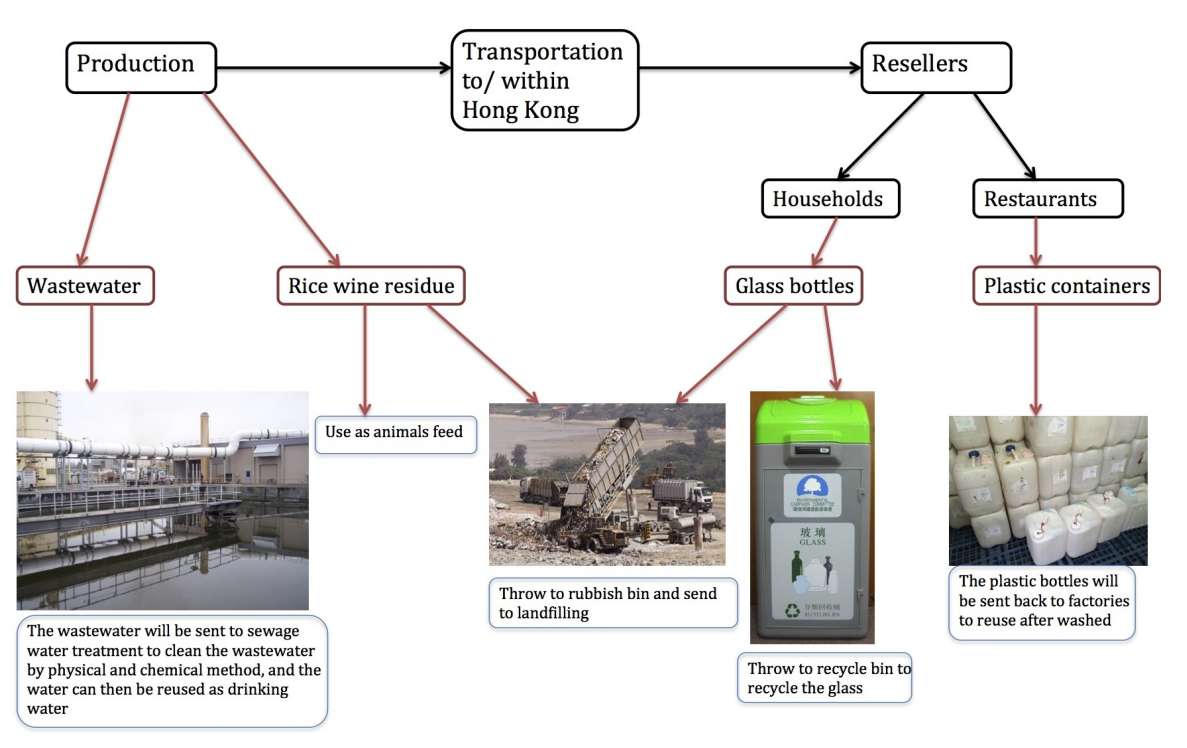