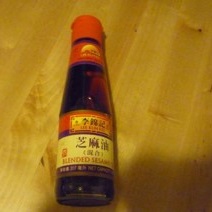 Sesame oil is an edible vegetable oil derived from sesame seeds while it is often used as cooking oil in Asian cuisine. While sesame oil can be mostly obtained from supermarket, the trend of consumer-to-consumer retail has taken part in consumption and distribution. The biggest online shopping website such as Taobao (mainland China online platform) and GOGO (local online platform), has become another options to consumers.

More than half of sesame oil consumed in Hong Kong is imported from mainland, including both direct imports and sesame oil of local brands such as Lee Kam Kee and Tung Chun. The second biggest importer of Hong Kong is Asian countries (except mainland China) which have a market share of about 48%. Taiwan and Japan contributes to 27.6% and 15.8% of the total imports of sesame oil respectively. South Korea, being a traditional sesame oil user, makes up for a mere 0.77% which is quite surprising. Singapore, also a big sesame oil user, makes up for 4.25% of our imports. European countries and other pacific countries only have a small quantity of market share, which are 0.36% and 0.29% respectively. 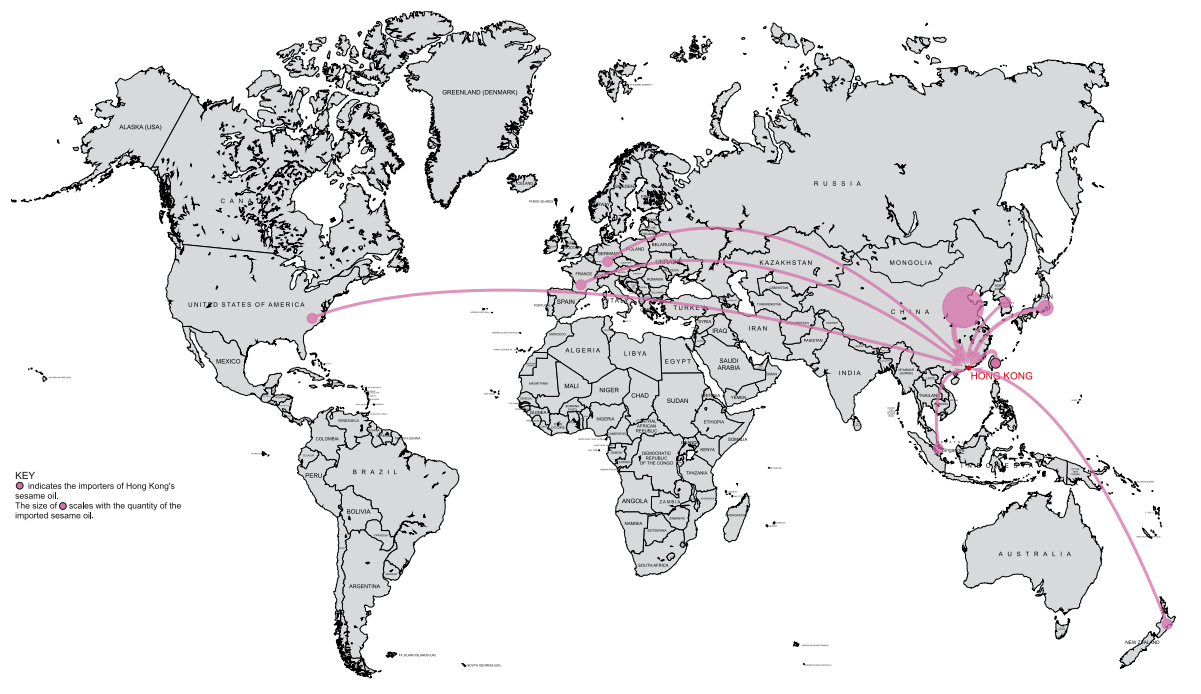 Sesame goes through six processes to become the finished goods, sesame oil. First step is purification. Sesame would be immersed and rinsed for one to two hours. Moisture content is controlled as 25%-30% (Hansen, 2005). Then sesame would be fried. After sesame being cooked, cold water would be poured to cool the machine. After that, sesame would be grinded, which is one of the most important processes. Before being grinded, sesame oil would be chilled to 65-70⁰C. During the whole process of grinding, boiling water would be added for about four times and the temperature should be kept at around 260⁰C. After grinding process, sesame would be separated into liquid and dregs. Later on, the thick liquid of sesame would be poured into squeezing machine and be squeezed for five times in total. The temperature would be constant at 65⁰C and the rotating speed would be 30r/min. The last step but one is filtration, which, needless to say, is to separate liquid and dregs. Finally, the sesame oil would be packaged. But a noteworthy point is that deposit would not be thrown away. Rather, it could be used in producing sesame pie and sesame soy. All in all, during the whole production process, degreasing, dehydration, discoloration and deodorization are major technologies applied. 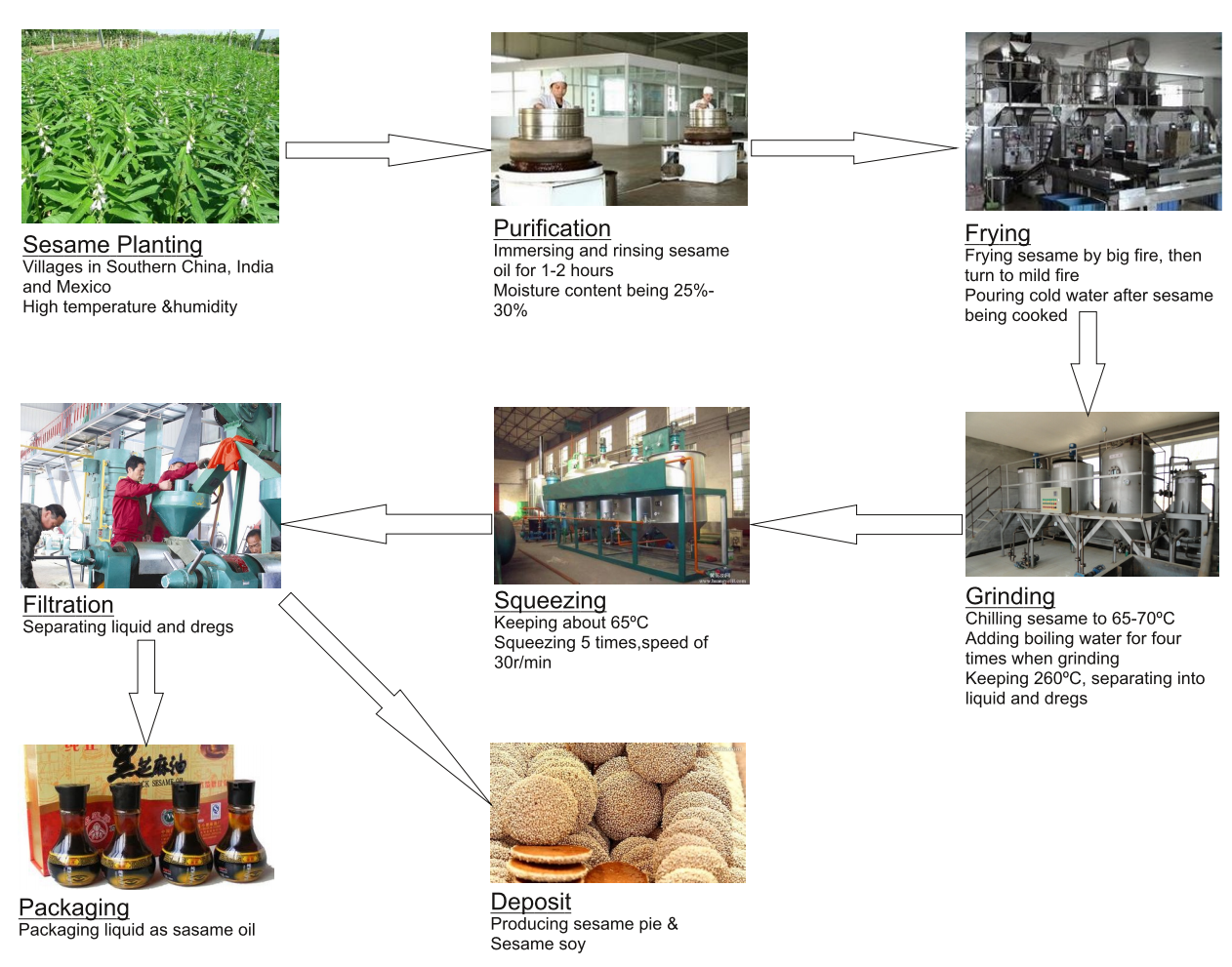 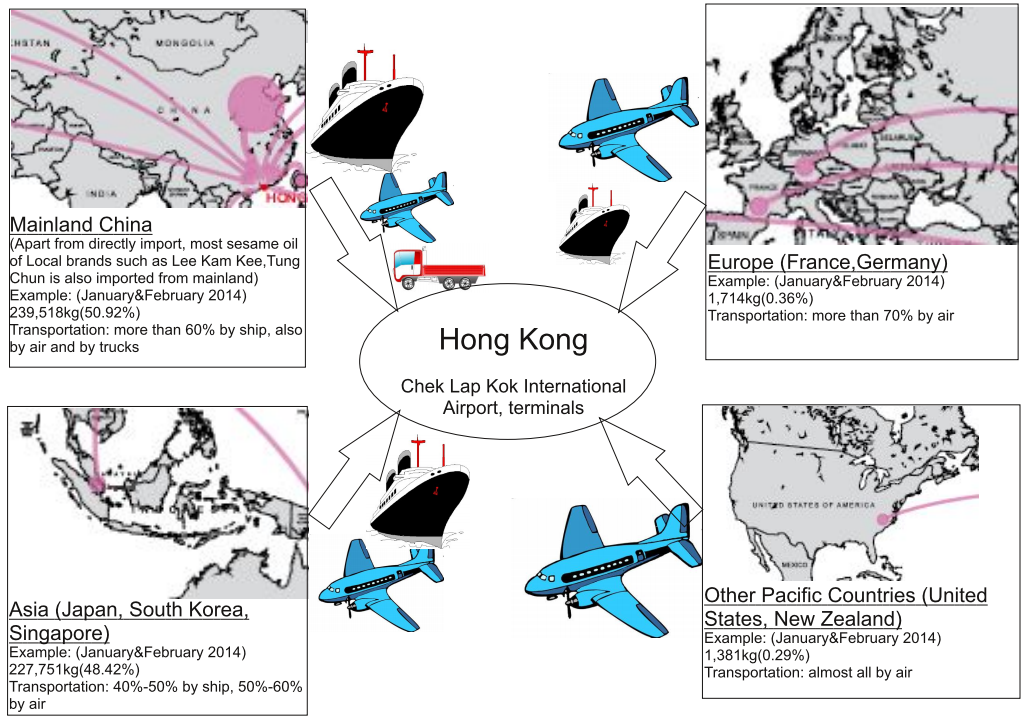 Generally, wasted oil including packaging of sesame oil (i.e. the glass bottles), sesame oil which already passed the expiry dates and left unconsumed are treated as normal trash and end up in landfill. However, there is one more way for the disposal of sesame oil– turning it into biodiesel.

According to the Champway Technology Limited, which is the only company who possesses an environmental permit to recycle waste oil in Hong Kong, the waste oil may be collected from restaurants, factories, malls or housing estates in Hong Kong. It will then be transported to the processing factory in EcoPark in Tuen Mun. The technological processes of turning waste oil into biodiesel are as follows. First, renewable raw material like sesame oil transforms into mono-alkyl esters which is a substance of biodiesel. Second, the trans-esterification (the reaction between the ester and alcohol) and purification of the oils take place, which produce biodiesel (Methyl Esters).

After the production of biodiesel, the slightly yellowish clean fuel would be transported to the customers such as construction and distribution companies to be used as a substitute of fossil fuel (Champway Technology Limited, 2014). 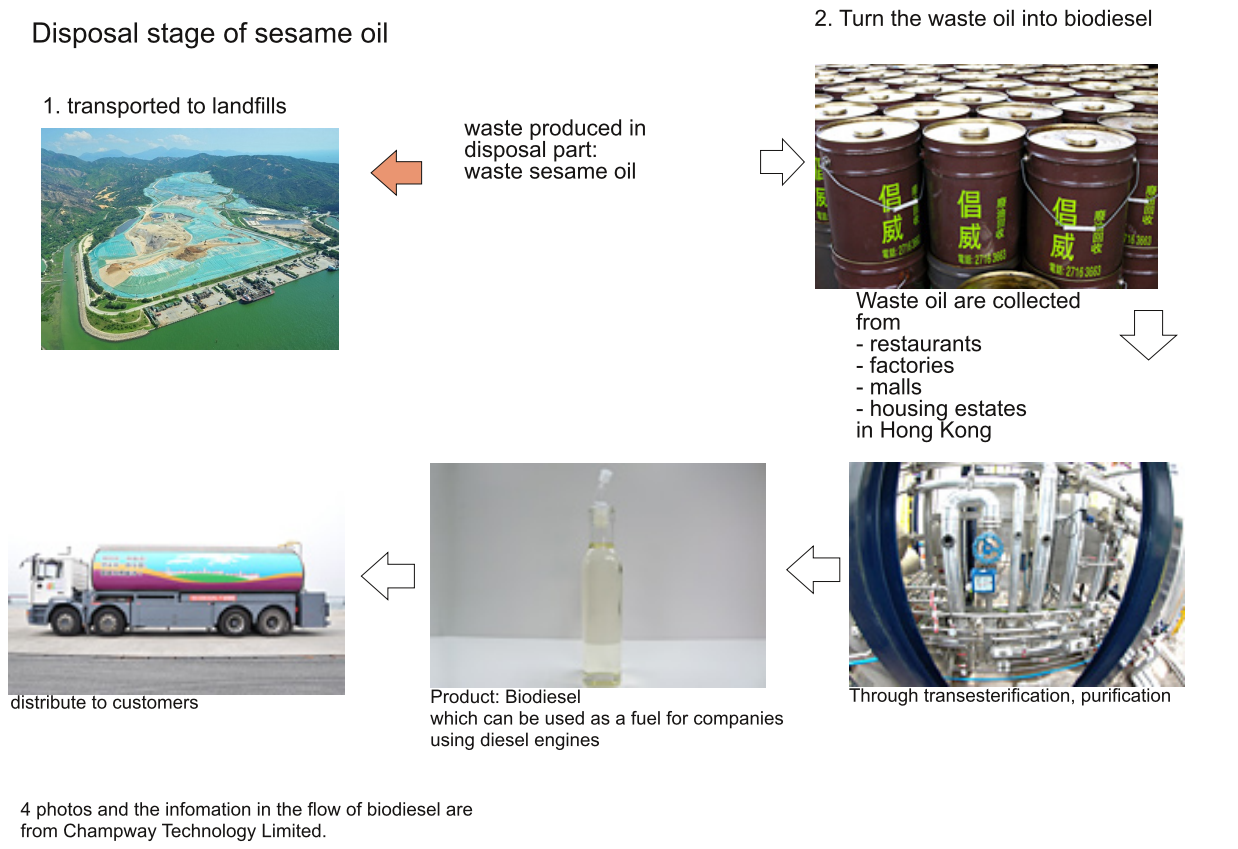