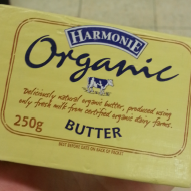 Butter still plays an important role in our daily life. It is an essential ingredient in baking cakes or cookies while people also use butter as cooking oil to prepare different cruises as well as a sauce for flavoring. “Bo lo yau”, which is pineapple bun with butter, is the famous food in Hong Kong. There are different types of butter we can commonly find in Hong Kong stores, such as salted, unsalted and organic butter. In the following, the story of butter will be revealed from production to distribution and consumption. 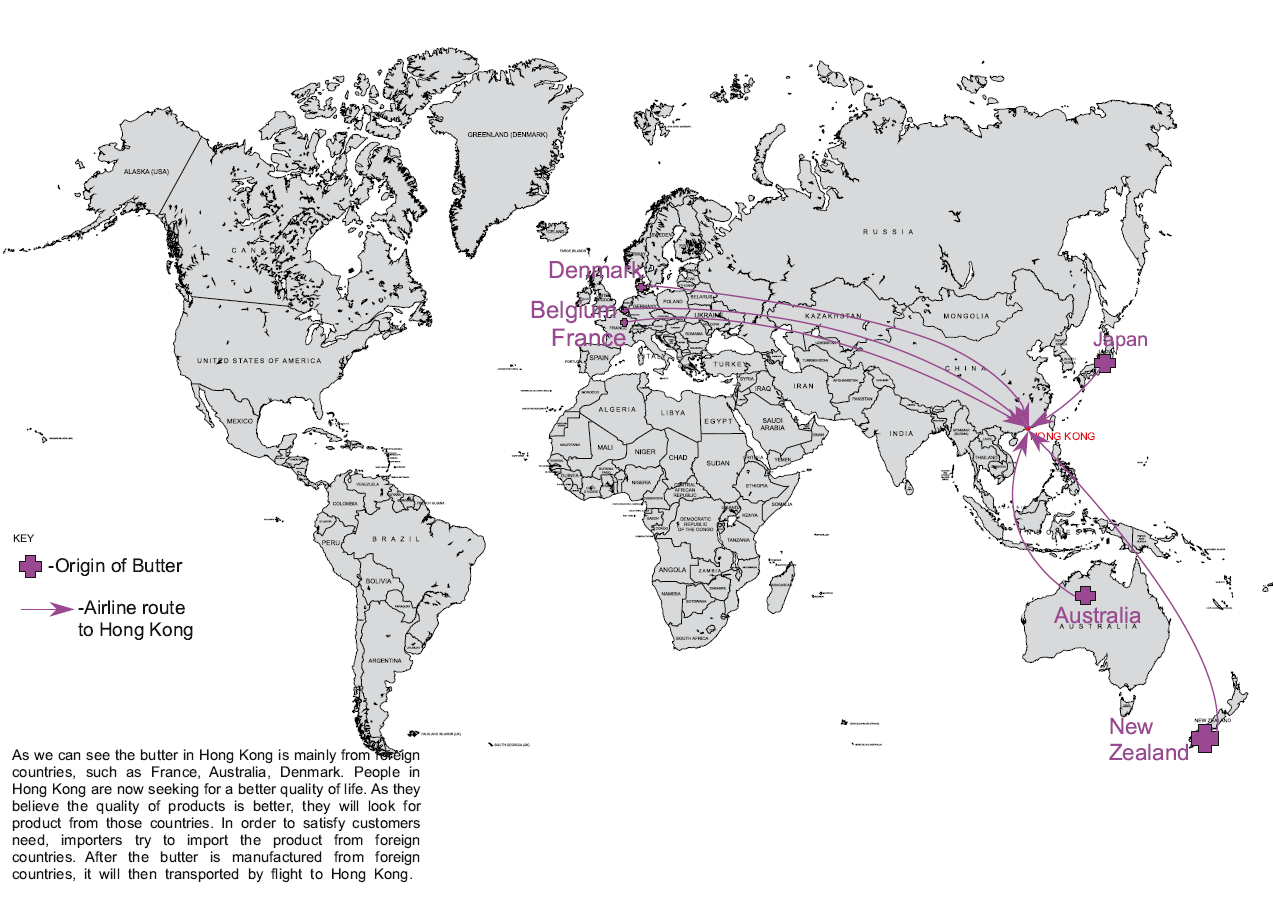 The raw material of butter is milk which is mainly obtained from cows either raised by organic or other methods. To manufacture butter, it is necessary to separate cream from milk first. Next, to ensure the quality of the cream, manufacturers should control the content of butterfat (equal to or more than 80%), pH (greater than 6.6) and no flavors. After that, the cream should be pasteurized under the temperature of 95°C in order to kill any bacteria and enzymes. Also, some brands of butter such as President unsalted butter, may add cultures to produce lactic sugar as it will give a better smell and flavor. Then, the next step is aging which is used to cool down the butter so to crystalize the butterfat and obtain right churning and butter structure. After undergoing the churning process, butter which is the unsalted one is formed. To manufacture (organic) salted butter, salt is added during the churning process. Salt can be used as a preservative and give better taste, and butter is then worked to modify its uniformity. Lastly, the butter is packed and stored with refrigerated system so that it can be distributed to different areas without melting and spoiling.

After the butter is being manufactured from foreign countries (Australia, Denmark and France etc.), it will then be packed well and ready for export. Manufacturers need to pack the butter with cooler, dry ice and etc, so that to ensure the quality of the butter during the transportation process. After that, the butter will be carried by flight through the airline route and transported to Hong Kong.

Once the butter is imported to Hong Kong, it will first reach the cargo terminal. The terminal will receive the butter and have a series of screening. The screening is to guarantee the imported butter is safe and quality assured. After the check-up, butter is packed and prepared for distribution. The packed butter will be collected by the trucks. Those trucks provide a cool environment with frozen, air-conditioned storage conditions for butter. Butter will then be transported to Dai Chong Hong and Classic Fine Foods, the distributors that deliver the butter to different stores.

After the distributors have received the butter, they will then transport the butter to different stores in Hong Kong by refrigerated trucks. The butter will be delivered to supermarkets, frozen food retailers for selling. 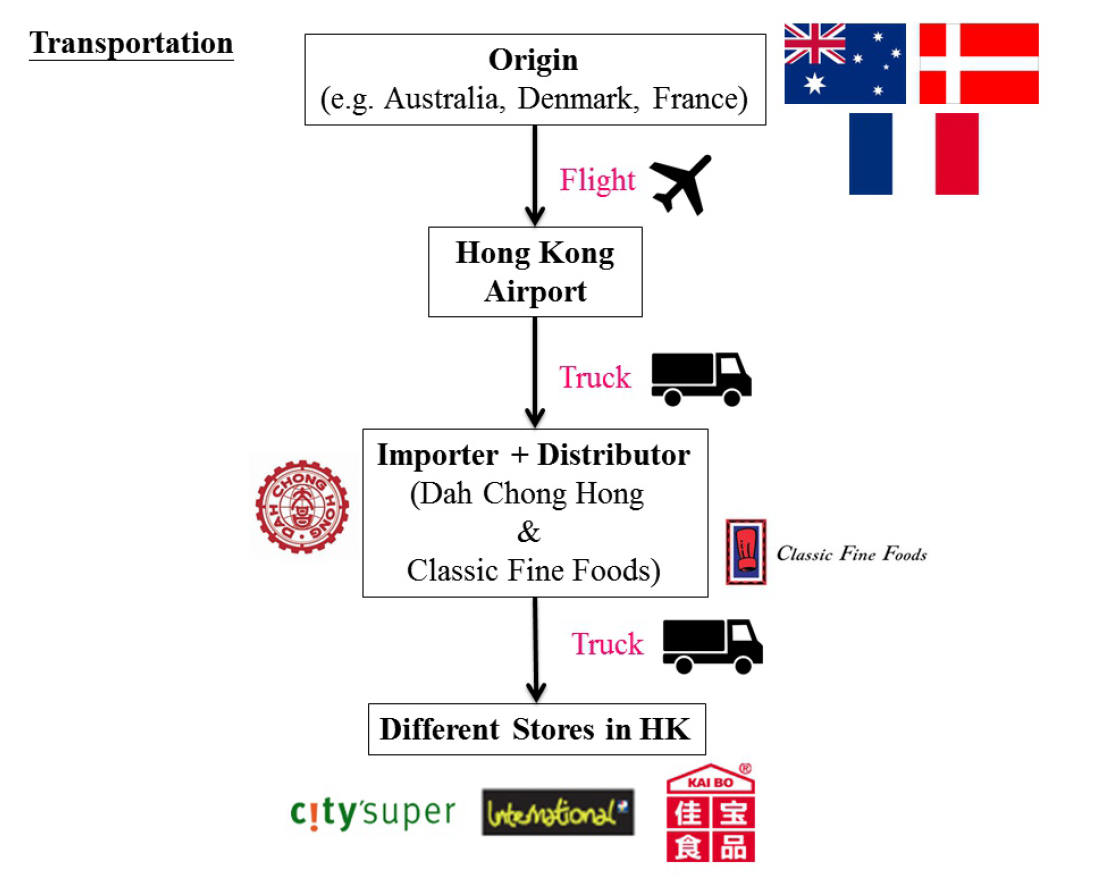 Starting from rearing of cows, they will consume a lot of grass. However, some of the grass are not digested and absorbed, then they will be excreted out as feces. After the collection of milk from cows, the milk will be sent to manufacture. During this process, butter milk and waste water containing fat will be produced when cleaning the machines. Air pollution will also be produced as burning fossil fuels are needed to produce energy for the machines to keep under high temperature so that the butter is under liquid form and will not stick onto the surface of machines.

During the transportation process, flights and trucks also use air-conditioners to keep butter from melting, but waste water will be produced from this cooling method. At the stage of consumption, package and plastic bags used to hold the butter are waste indirectly produced from the production of butter. Customers may produce waste butter when the butter passes its expiry date. 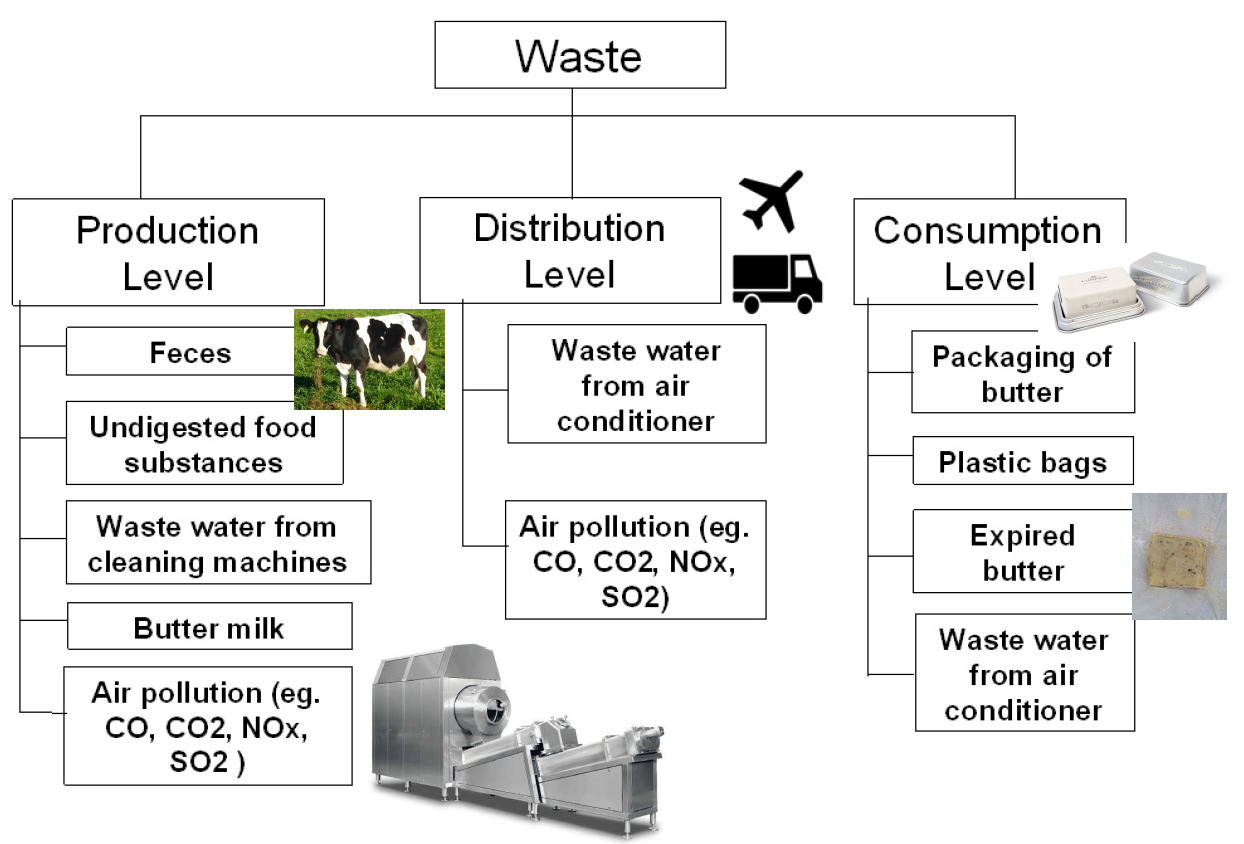